Mary Schmich of the Chicago Tribune wrote about Tavon Tanner, one of 24 children 12 or under who have been shot in Chicago this year. 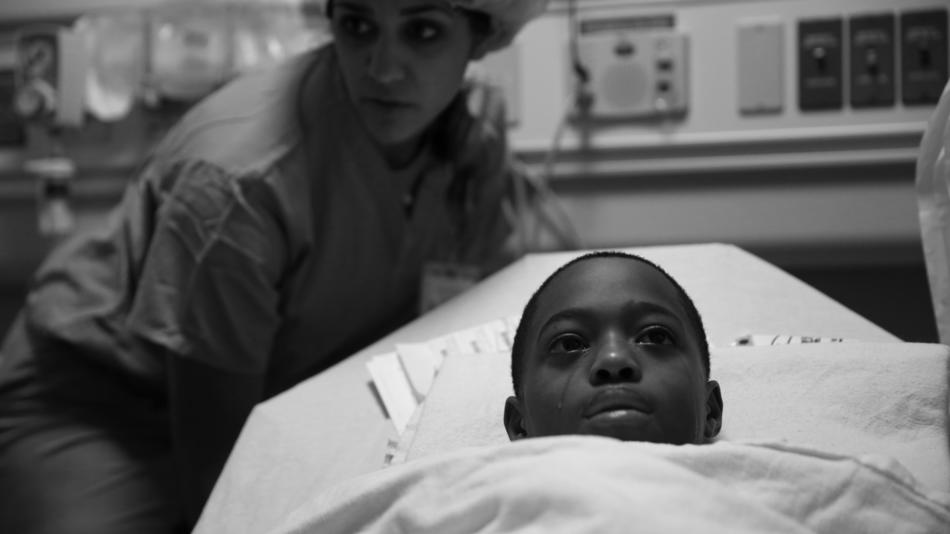 He wanted to see the bullet.

For weeks, he had felt it, a bump and an ache, lodged just below his left shoulder. Sometimes other kids asked if they could touch it, and he’d say yes, but not too hard.

If asked, he might pull up his shirt and show the long, fresh scar that snaked from his breastbone to below his navel.

“Thirty staples,” he might say, shyly, wondrously, but even the staples in his tender skin didn’t grip his mind the way the bullet did.

He had carried the bullet in his small body since the August night it pierced his back near the base of his spinal cord and ripped upward, ravaging his pancreas, his stomach, his spleen, a kidney, his left lung. He sometimes texted his mother in the middle of the night to tell her that it hurt.

Now, on a gray October day, a doctor is about to cut the bullet out, and he’s hoping for the chance to inspect the little metal invader.