On August 14, a three-judge panel for the Ninth Circuit U.S. Court of Appeals in California issued a 2-to-1 decision striking down California’s ban on high-capacity ammunition magazines that hold more than ten bullets (Duncan v. Becerra). The court majority said the ban violated individuals’ rights under the Second Amendment. High-capacity magazines permit shooters to fire greater numbers of bullets before stopping to reload. The California law was approved by both its state legislature and by voters in a statewide referendum. Its creation was spurred by the 2015 mass shooting in San Bernardino in which two shooters killed 14 and wounded two dozen while using military-style rifles to fire more than 100 bullets in less than three minutes. 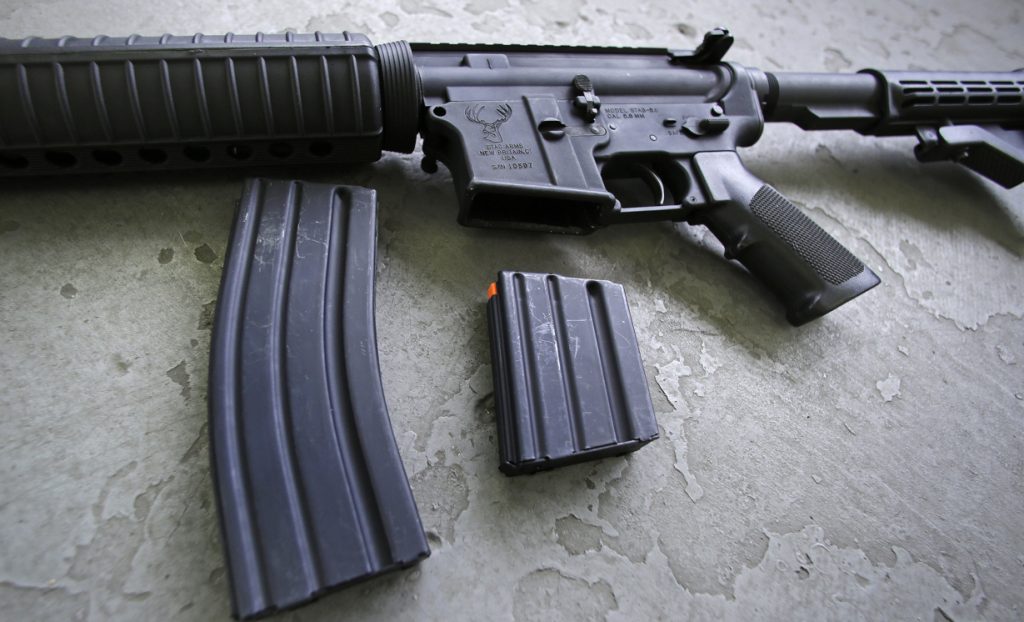 Similar bans exist in eight other states and the District of Columbia.  The court decision directly affects the California ban and could have possible implications for Hawaii, the only other state with such a ban under Ninth Circuit jurisdiction. However, the decision raises the possibility that the U.S. Supreme Court could take up the issue if California appeals the decision.  In light of changes in the Supreme Court’s composition since its last substantive decision on the Second Amendment, it is not clear what the current version of the Roberts Court might decide.

It is easy to look at our country’s high-casualty mass shootings and see the key role played by the availability of high-capacity ammunition magazines.  For me, two particular anecdotes leap to mind in thinking about the costs and benefits of bans on high-capacity magazines:

Those incidents illustrate the potential for harm from high-capacity magazines as well as the potential benefits of limiting the mechanical capacity of firearms and thereby forcing shooters with harmful intentions to stop and reload more frequently.

We do not know if California will appeal the court of appeals decision.  Surely, the California Attorney General is hesitating for fear of giving the current Supreme Court an opportunity to expand the definition of Second Amendment rights nationwide.  Undoubtedly, however, there will be interest groups filing similar challenges to the laws in the other eight states and the District of Columbia with the hope that a case on this issue will reach the Supreme Court from one of those lawsuits.

The Supreme Court’s foundational 5-to-4 decision on the Second Amendment, District of Columbia v. Heller (2008), is an oddity.  It is the very rare case in which the majority opinion purports to rest entirely on historical analysis.  It developed an interpretation of the Amendment’s original 18th century meaning to conclude that the District of Columbia could not prevent law-abiding adults from keeping handguns in their homes for self-defense.  The four dissenters’ opposing opinion countered their five colleagues in the majority with parallel reliance on a different interpretation of history.  The dissenters argued that the single-sentence Amendment’s opening emphasis on a “well-regulated Militia” is a guide to the actual originally-intended meaning:  the federal government cannot disarm a state’s militia, now known as the National Guard.  Thus, the Supreme Court was deeply divided in 2010 about whether the Second Amendment should be interpreted to provide a constitutional right to firearms ownership for individuals.

Another odd aspect of this historical emphasis in the Supreme Court’s majority opinion was the late Justice Antonin Scalia’s dismissive reference to an inescapable fact:  the people who wrote and ratified the Amendment in the 1790s were talking about and only had knowledge of slow-loading, single-shot gunpowder-based firearms, such as muskets.  Scalia rejected the potential interpretive guidance of that factual observation in order to claim that the originally intended meaning of the Second Amendment protected modern firearms.  He saw no impediment to assuming that the 18th century authors and ratifiers of the Bill of Rights intended to protect private ownership of modern rapid-fire guns that they never could have imagined.

The California law that was struck down on August 14th was not as severely restrictive as it might have been.  The law permitted ammunition magazines that hold as many as ten bullets.  Yet, the court of appeals found that this limitation infringed on the right of handgun ownership for self-defense.  If the underlying legal reasoning in Heller purports to rely on actual, originally-intended, 18th century meanings to define the Second Amendment, how do we end up with a court of appeals decision that effectively says the right to have a handgun in the home for self-protection means that ownership of 17-shot ammunition magazines are part of that protected right?  In essence, the majority opinion by Justice Scalia in Heller made available for use by other judges malleable language about such matters as “usual” versus “unusual arms” that could be used to stretch and test the meaning of the Second Amendment.  Thus, the literal original meaning of single-shot firearms stretches to include modern multi-shot handguns and then further to include larger-capacity magazines that are purchased with some of those firearms.

Where might this expanding definition of the Second Amendment end up? No one knows. Mass shootings have demonstrated that the worst-case scenario for gun violence risk would be freely available 100-round magazines to go with military-style rifles.  Even the current California decision’s expansion to rights-protected 17-shot handguns raises questions.  Has the available legal reasoning used by that court’s majority moved well-beyond the Heller precedent’s supposed Second Amendment purpose of enabling people to engage in self-defense within their homes?  Are 17-shot handguns necessary, desirable, or otherwise “usual” as weapons for self-defense inside the home?  How would the 18th century authors and ratifiers of the Second Amendment have answered the foregoing question?

At its heart, this development affecting the potential expansion of the Second Amendment is a reminder that voting matters.  How do you view the desirability of new laws concerning firearms and gun violence?  Legislators elected to Congress, state legislatures, and city councils have authority to consider various kinds of laws to attempt to address issues of gun violence.  In addition, consider the federal judges appointed to serve on the U.S. Supreme Court, U.S. courts of appeals, and U.S. district courts.  As indicated by the foregoing discussion, these decision makers shape the definition of the Second Amendment and define limits on gun laws that can be enacted by legislators or initiated through state ballot issues.  These federal judges (including Supreme Court justices) are appointed by an elected president and confirmed by the elected members of the U.S. Senate.  Thus, voters affect the definition of the Second Amendment, albeit indirectly.  Consider for yourself whether the Second Amendment’s definition is one of the issues that should guide your evaluation of political candidates.