Two unexpected events have captured my attention in recent days. First, national news reports, including police video, depict officers taking Brad Parscale into custody. Until recently, Parscale was President Trump’s campaign manager before he was moved to a different campaign position. According to those reports, Parscale’s wife said her husband made suicidal comments, assaulted her, and was holding a firearm while “acting crazy.” His behavior caused her to flee from their home in fear. She was quoted as saying he suffers from PTSD and had been drinking. Under Florida’s “Baker Act” (named after the legislator who sponsored the law), officers were able to detain Parscale and send him for involuntary emergency mental health treatment because of evidence that he posed a risk to himself or others. The availability of this state law enabled officers to remove the guns from his possession and prevent immediate actions that might have resulted in suicide, a domestic violence homicide, injury to an officer, or Parscale’s death in a defensive police shooting.

The second event was the tragic news that one of my cousins was a gun homicide victim. He lived a quiet life as a small-town retiree so this event has hit family members with a sense of shock that is virtually indescribable. We do not yet know the circumstances of his death or who is responsible.

Part of the shock for members of my family was the assumption that this kind of gun violence tragedy affects other Americans, but it was extremely unlikely to ever affect anyone in our family. Yet, both of these events are within the realm of possibility for everyone living in the United States. We cannot always know the weight of problems affecting family members. We also cannot know who our family members may accidently encounter in the course of their routine weekly activities. Gun violence is a risk for every American family.

Fortunately for Brad Parscale’s family, there was a legal mechanism available to authorize a potentially life-saving intervention. In Michigan, there have been discussions of similar measures focused specifically on the risk of gun violence. Other states have “extreme risk protection order” laws that permit judges to temporarily remove firearms from the possession of individuals when their family members or law enforcement officials provide evidence that they pose a danger to themselves or others. Given that two-thirds of gun deaths are suicides, this type of approach seems very worthy of discussion.

Could my cousin’s death have been prevented? Perhaps not. This is impossible to know without knowledge of the circumstances of the event. But–What if we had systematic, comprehensive national requirements for background checks? Might that have impeded the acquisition of a firearm by the person who committed this crime? What if the state in which the event occurred had an “extreme risk protection order” law and the shooter was someone observed by family or law enforcement as displaying evidence of posing a risk to others? We may never know. However, such laws, if enacted and implemented, might spare other victims from my cousin’s tragic fate. And spare other families from coping with unexpected news that we all dread.

Voting has started in Michigan.  If you would like to see discussions of possible gun violence risk reduction measures, then we need elected officials from both political parties who are willing to learn about these issues, talk about these issues, and seriously consider new legislative measures.  So please look closely at what candidates say about the problem of gun violence.  And please vote—and encourage everyone you know to do the same. 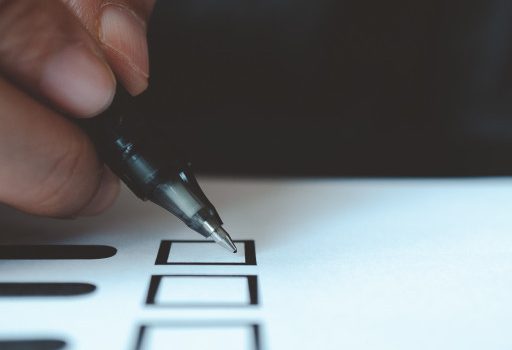