News reports tell us that 2020 is a record-setting year for sales of firearms. The 17.2 million gun-purchase background checks conducted this year already exceed the previous record of 15.7 million in 2016. October alone showed a 60 percent increase in background checks compared to October 2019. Moreover, it is reported that 5 million Americans purchased their first firearms this year (CBS News, 2020). 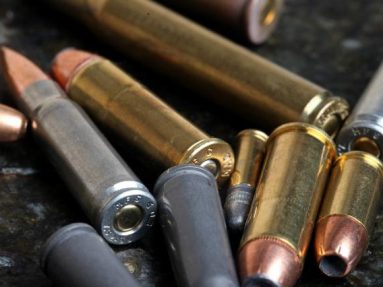 Commentators agree that the surge in gun sales is based on fear. Fear of civil unrest. Fear of others while locked into one’s home during the pandemic. Fear of what the slogan “Defund the Police” might mean for policy purposes. And now, fear that a Biden administration will “take away guns.” These fears exist notwithstanding the secure legal protection for private gun ownership from the U.S. Supreme Court’s interpretation of the Second Amendment (District of Columbia v. Heller, 2008) and the reality of a U.S. Senate that is unlikely to approve gun restrictions, even if Democrats capture a slim majority in that body by winning the two pending Senate seats from Georgia. As we know, fear is not always grounded in reality and is easily inflamed by wild rhetoric, especially in our age of disinformation from social media and other sources. Thus, gun sales are expected to remain high for the remainder of 2020 and into the next year.

There is good reason to fear that this increase in gun sales may increase the risk of harm. Do these new gun owners know how to operate their firearms safely? Do these new owners know about the risks of having unsecured firearms that may become accessible to children and teens? And, of special importance at this moment, do these new owners—as well as existing owners—know about the increased risks of effective suicides from the availability of firearms in a home? Most Americans do not seem to know that two-thirds of firearms deaths each year are from suicides. The most recent statistics available for complete years tell us that 24,432 Americans killed themselves with firearms in 2018, a notable increase from the 19,392 such suicides in 2010. As noted in one article, “People who kill themselves in this way are usually those with ready access to firearms: gun owners and their family members. Gun owners are not more suicidal than people who don’t own guns, but [suicide] attempts with guns are more likely to be fatal [than attempts using other methods]” (Rabin, 2020). Moreover, concerns about suicides are more acute in our current moment of pandemic-driven job losses and the U.S. Senate’s failure to renew unemployment assistance and eviction protection.

Our current moment is also one with many discussions about how to bridge the political-cultural divisions in American society. We typically think of gun-related issues as among those, like capital punishment, abortion, and immigration, that divide Americans and generate emotional arguments. Yet, our moment of risk might also be a moment of opportunity if we can turn aspects of gun issues into matters that generate common concerns. Suicide prevention and safe-storage awareness may provide opportunities to recognize our shared concerns and interests. As noted in one article, the leader of “a lobbying group for gun owners in Utah, where suicides outnumber homicides by a factor of eight, said he did not believe the numbers when he first heard them: ‘How did we not know?’” (Rabin, 2020). In several states, the recognition of shared concerns about this problem has led to suicide-awareness efforts that combine the work of public health officials and gun sellers. In particular, gun stores and gun shows are forthright in providing information about these issues for gun purchasers. Measures implemented in various states include suicide-prevention modules in required training for concealed carry permits and programs that encourage people to store firearms for friends and family members who are experiencing moments of extreme stress or personal crisis (Rabin, 2020).

How do we encourage recognition of our shared concerns about gun safety and suicide prevention? That is our immediate challenge in these polarized times. The starting point may be sharing evidence-based information about the actual nature of problems and a willingness to talk with and listen to those with whom we may otherwise strongly disagree on a variety of issues.