In recent weeks, I have received messages from different people comparing gun policy in the United States with laws, policies, and the relative lack of gun violence problems in other industrialized countries. These comparisons are interesting and instructive. Yet, we cannot avoid recognizing that the nature of problems and the prospects for beneficial policies are profoundly influenced by a country’s social context, history, and political culture. With respect to gun violence, the social, historical, and political context of the United States is unique—and not in a good way. For those who would like to see our country become committed to implementing policies that could reduce the risk and harm of gun violence, international comparisons provide idealized conceptions of societies in which gun violence is—in American eyes—relatively rare. However, we must also look at developments within the United States to think about practical, immediately available incremental steps that may reduce injuries and deaths.

As we wait for the U.S. Senate to act on the bills approved by the U.S. House of Representatives to strengthen and close loopholes in background checks for gun purchasers, we are reminded that divided government in the contemporary United States—including within the State of Michigan—tends to impede action on proposals to regulate firearms.  By contrast, we have also seen within the past year that potentially beneficial laws can be enacted when a safety-oriented legislature is aligned with a likeminded governor.

Last week, the governor of Colorado signed into law two bills designed to reduce specific aspects of risk and harm.  One law requires gun owners to lock up firearms that owners should reasonably know could be accessed by juveniles or individuals who are ineligible to possess firearms.  Licensed gun dealers must also provide trigger or cable locks with the sale of each firearm (with an exception for antique guns).  Violations of the law could lead to misdemeanor criminal charges. The second new law imposes fines on people who fail to report firearms as missing within five days of discovering their weapons have been lost or stolen. 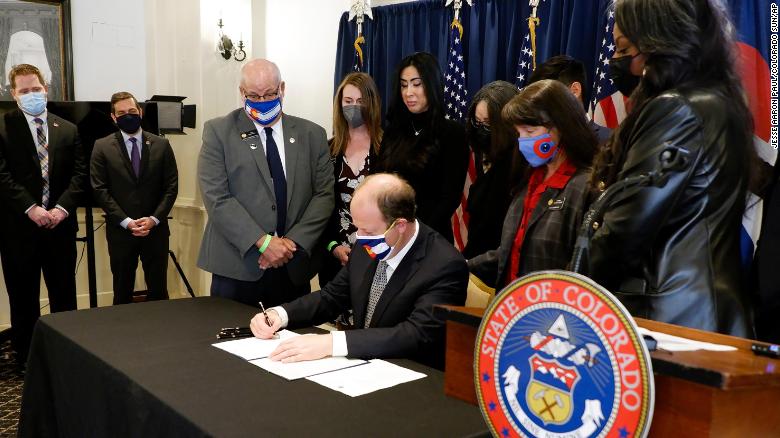 Similarly, when 2019 elections produced the alignment of the legislature with a likeminded governor, the Commonwealth of Virginia enacted a series of laws in early 2020 concerning such matters as background checks, limits on gun purchases, provisions similar to Colorado’s two new laws, and extreme risk protection orders to temporarily remove firearms from people in periods of personal crisis.

We need to avoid the most simplistic conclusion that might say “the restrictiveness of gun laws is the sole determinant of firearms mortality rates.”  There may be other factors, such as economic factors that influence feelings of despair and contribute to suicide, that place New Mexico in the high mortality group without the least restrictive laws and give Maryland middle-of-the-pack mortality rates (12.6 per 100,000) despite being ranked as having the sixth most restrictive laws.  However, it is unavoidable that we must recognize this fact:  there is a strikingly close association between firearms mortality rates and restrictiveness (or lack thereof) of states’ gun laws.  We must seriously consider the likelihood of a causal connection between these mortality rates and the nature of a state’s laws.

In the process of imagining what is possible, what would we find if we examined the experience of the state with the lowest mortality rate—the Commonwealth of Massachusetts?  I encourage everyone to take a few moments to read the recently published news article, “Restrictions Work, Says Man Who Brought Massachusetts Deaths to Record Low” by Sarah Betancourt, The Guardian, April 24, 2021.

The article describes bills signed into law by both Republican and Democratic governors in Massachusetts and how the efforts of one specific individual helped to generate discussion and action to reduce the risks and harms of gun violence in that state.  Michigan is undoubtedly different from Massachusetts in a number of ways, yet we can still look to this instructive comparison to imagine what is possible—and to hope to reduce our firearms mortality rate to place us among those exemplary states that have limited the rates of gun tragedies within their borders.