I sit down at the computer on a quiet Sunday afternoon intending to briefly check the day’s news.  After typing the name of the news service, up pops the webpage with many story titles from which to choose.  The list of stories going down the left side of the webpage reads as follows: 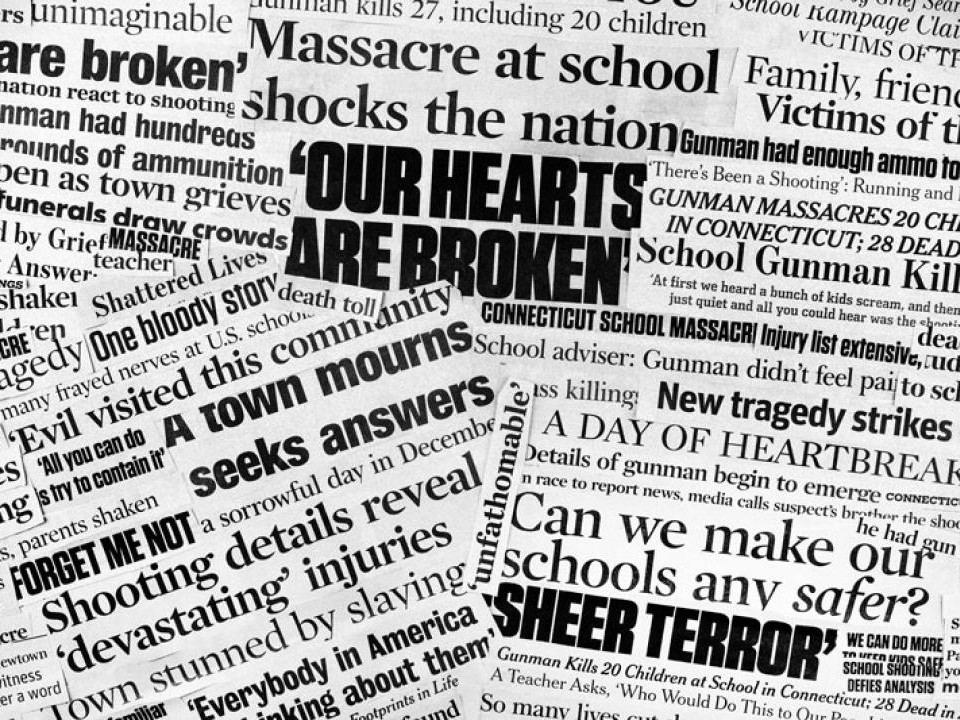 Just another day in the U.S. of A?  Do we feel any sense of surprise when reading this list of article titles?  Do we feel shocked to learn these events happened around the country on the same weekend?  Probably not.

I will not claim to know if current legislative proposals might have prevented any shootings on this list.  Indeed, I have not even read the details of any of these shootings.  I am too disheartened to analyze another set of tragedies.  At this moment anyway.

At the Michigan Coalition to Prevent Gun Violence, we often say that mass shootings should draw our attention but not capture our attention. There are many other facets of gun violence, such as suicide, that also require attention and that produce far larger numbers of deaths and injuries.  For many of these problems, existing evidence supports specific laws and programs that can reduce risk and harm—all while respecting the legal requirements of the Second Amendment.  If we look at certain states, we can see the beneficial effects of taking a harder look at who can legally possess firearms, what firearms are available to the general public, and how requirements for safe storage of firearms can reduce accidental deaths and injuries. In Michigan, for example, we have opportunities to improve policies for removing firearms from people subject to protection orders and others who are in the middle of personal crises.  We could make greater efforts to deter careless storage practices that produce tragedies such as Friday’s shooting in Florida in which a three-year-old found a firearm foolishly placed under a couch cushion and used it to shoot his two-year-old sister (Bourne and Krietz, 2021).  Obviously, we have seen such tragic shootings in Michigan involving young children as well as teens (Laitner, 2021; Palmer, 2021).

Unfortunately, legislative proposals in Michigan concerning these and other gun violence prevention issues typically do not receive needed consideration in committee hearings.  Those with the authority to schedule hearings at which proposed gun safety legislation could be discussed appear unwilling to even permit such discussions to take place.  In Congress, gun safety proposals concerning improved background checks have been approved by the House of Representatives.  Thus far, however, the deeply divided Senate will not move them forward to a vote.  There are additional proposals in the House focused on other aspects of gun violence.  But if the Senate will not act on background check proposals that are supported by more than eighty percent of the American public (Pew Research Center, 2021), some House members may feel that their time would be better spent on other policy issues that have better prospects for being enacted into law.

As we sit still, all around us we see a continuation of the pandemic-era acceleration in gun purchases and shootings. According to the Gun Violence Archive, an organization that tracks deaths and injuries from firearms, non-suicide gun deaths nationally are currently at 50 percent of the total for the entire year in 2019—with six weeks yet to go before we actually reach the halfway point in 2021. I dread anticipating how many more articles about gun violence incidents will appear on news websites in the coming days. We are at a moment when gun violence problems are more acute than they have been in recent years. While we hope for legislative action and intervention programs, these tragedies surge ahead. Our gun violence problems remain largely unencumbered by the policy “tools” that are available. These evidence-based “tools,” in the form of laws, policies, and programs, need activation and funding from our elected representatives. 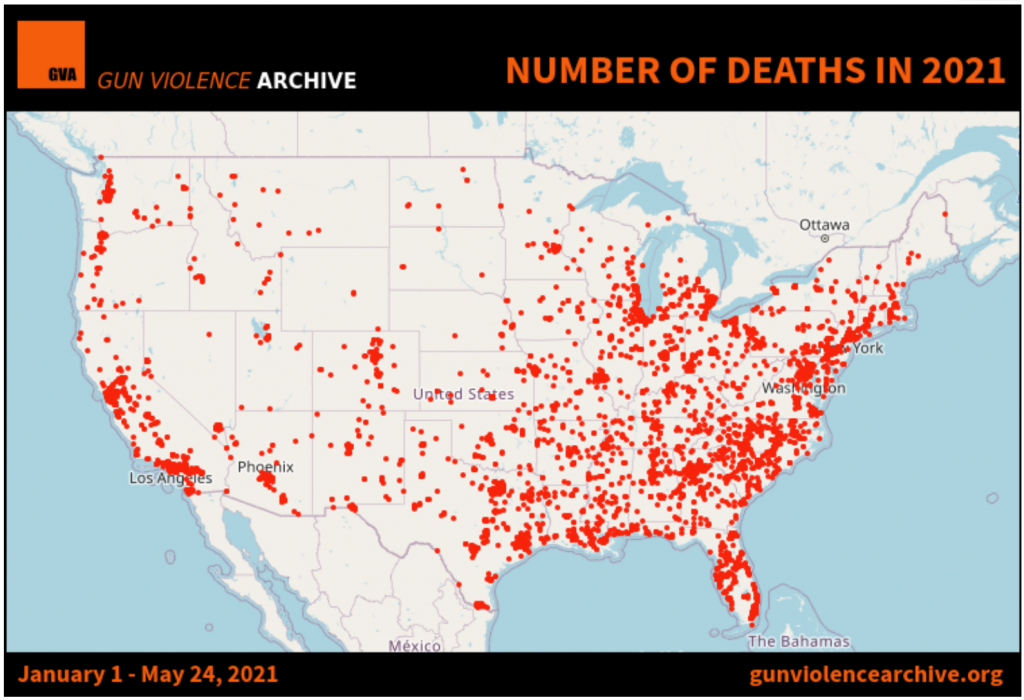 Today will pass and tomorrow will inevitably arrive. Journalists will write articles on new firearms incidents for us to read in the daily news. As it stands now, gun violence can readily continue at its new accelerated pace—unless and until new actions are taken to save lives, prevent injuries, and reduce the number of families who experience the traumatic aftermath of shootings.