Pick a day, any day.  News reports—at the local, state, and national level—tell us about troubling and tragic incidents of gun violence.  We know that our pandemic era has led to a surge in gun purchases and a rise in assaults and homicides with firearms.  Some of the stories and images remain lodged in the forefront of our minds.

Within the past few days, for example, television news replayed a video of two young children caught between an assassin and his intended, close-range victim. Miraculously, the bullets missed the panicked children (Closson and Piccoli, 2021).  Yet, we all know that they will inevitably suffer enduring harm from their harrowing experience. So, too, all of us who viewed the video and find our minds replaying those terrible images.

What does the news tell us about policymakers’ reactions to the rise in shootings?

Unfortunately, that news isn’t good either. A federal judge strikes down California’s ban on civilian ownership of military-style rifles by describing such weapons as perfect for defense of one’s home—despite their ability to shoot 30 bullets quickly and have those bullets travel a mile away to strike unseen objects, including innocent human victims (Ives, 2021).

Legislatures in several states eliminate licensing, training, background checks, and other qualifications for people seeking to carry guns in public (Sparber, 2021). Other legislatures enact statutes to prevent state and local police from enforcing federal gun laws, including the threat of $50,000 fines for every officer who dares to enforce any restrictive law that may be enacted by the nation’s elected representatives in Congress. If applied, these laws are likely to be struck down by federal judges, yet they may still have their desired effect of deterring frightened police officers from enforcing gun control laws (Thrush and Bogel-Burroughs, 2021). For many policymakers who are taking action, “more guns everywhere” seems to be answer.  However, the “question” these actions address is clearly NOT “what do we do to prevent and reduce gun violence?”.  Meanwhile, proposals for sensible actions to strengthen background checks and encourage safe storage of firearms languish in too many legislatures, blocked by political motivations, financial self-interest, and ideology.

Amid the many attention-grabbing news stories, a more subtle story caught my eye in a brief interview on CNN. Morning news anchor John Berman interviewed recently retired Detroit Police Chief James Craig and asked Craig about statistics during the pandemic showing a sharp rise in people using guns to shoot other people (CNN, 2021). The focus of the interview was not the other significant aspects of gun violence, such as suicides, domestic violence, and accidental shootings by children. Craig briefly and quite appropriately mentioned our need to be concerned about how the pandemic has affected people’s mental health. However, he then moved to a more extended discussion of two topics that appeared to be what he really wanted to address… 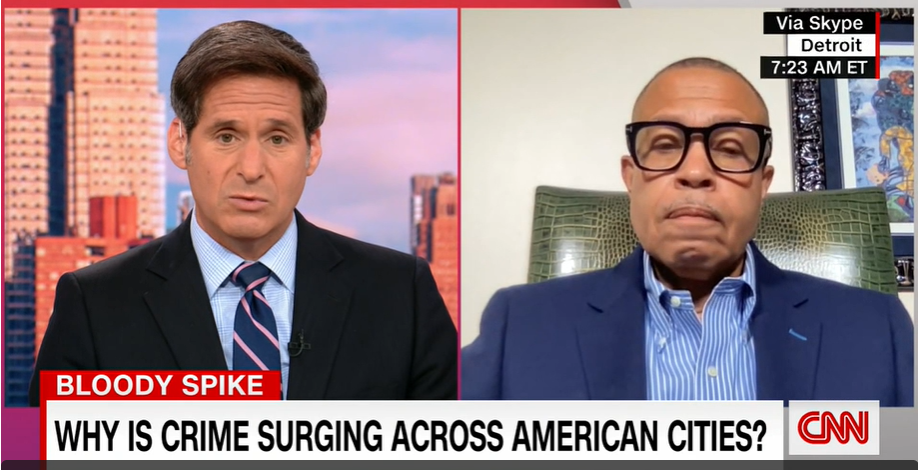 First, Craig said we need to pay more attention to the role of recent bail reform initiatives in contributing to the surge in shootings.

In several cities and states, reform efforts have sought to reduce the number of people held in jail simply because they are too poor to afford to pay a few hundred dollars to gain pretrial release after being arrested for a minor offense.  In some places, because studies show that people released after arrest for more serious offenses will return for court appearances as required, bail reform efforts have also been applied to other offenses, often by requiring arrestees to wear an electronic monitoring device during release.  Craig claimed that people released on bail who previously would have been held in jail are key contributors to the rise in shootings.  To that, we should all ask:  Where is the evidence?  I have not seen a study to verify this assertion.  I do not doubt that there is anecdotal evidence of specific individuals out on bail who committed gun crimes, but that was also true prior to bail reform.  Craig’s assertion made me wary of the possibility that people who are accustomed to viewing “solutions” as resting on punitive, traditional criminal justice approaches may subconsciously—or consciously—see the rise in gun violence as an excuse to argue against justice system reforms that they oppose.

Second, Craig pointed to criticism of police and its effect on police morale as contributing to the rise in gun violence.

Most troubling, he said that when police officers “don’t feel supported,” then many of them “won’t do much” to carry out their responsibilities.  I am not sure if Craig is able to hear what he says through the ears of someone outside of the law enforcement profession.  But there was a clearly implied message that people need to reduce their criticism of police if they want the problem of gun violence to be addressed.  Again, this sounds like someone subconsciously—or consciously—seeking to reduce discussion and advocacy of police reform by using rising gun violence problems as a diversionary excuse.  These are sentiments that we need to question, analyze, and resist.

Moreover, in criminal justice research, there is a very significant question about how police actions can actually prevent gun violence.  Police need laws to enforce, yet too many legislatures will not take action to reduce the ease with which all types of firearms can legally be obtained and carried.  In addition, police are generally reactive—they come when called AFTER an event has taken place.  We have seen what happens when cities and states tell police to be proactive in seeking to find and remove firearms.  Sadly, as demonstrated, for example, by several years of experience during the Giuliani and Bloomberg administrations in New York City, police sacrifice the 4th Amendment rights of young men of color, eliminate their entitlement to a presumption of innocence and individualized suspicion, and engage in unjustified stops and searches—some of which will result in injuries and deaths at the hands of police for innocent, unarmed people (Smith, 2014).

One wishes that Craig would have focused on the core problem that contributes to gun violence:  guns of all kinds are too easily obtained and insufficiently regulated in the United States.  People harm themselves and others with these easily obtained firearms, which require no background checks when they are transferred in sales between private individuals rather than sold by licensed dealers.  There is also the growing but unaddressed problem of “ghost guns”—firearms without serial numbers that people easily build for themselves from unregulated parts purchased through online vendors.  Moreover, the easy availability of firearms makes police predictably fearful of their fellow citizens and contributes to too-quick lethal responses that result in needless police shootings of unarmed people.

Berman’s interview with Craig must serve as a warning for us all.  We need to listen carefully when potentially influential people talk about what actions to take to address gun violence problems.  We must always ask:  What is the evidence?  Selective anecdotes do not provide a good basis for policy making.  In addition, we must be wary when assertions about solutions for gun violence actually advance an alternative policy agenda.  Criminal justice reform is important for many reasons.  The indelible image in our minds of George Floyd’s murder reminds us of the dire need to take reform discussions and initiatives seriously.  However, Floyd’s tragic death does not really explain the entire story of why we need to speak, think, and act in a critical way.  If you have not done so, please read the U.S. Department of Justice’s vivid report on the systemic problems in the justice system in Ferguson, Missouri.  In Ferguson and other cities throughout the country, there are needless and discriminatory justice system policies and practices that devastate the lives of our neighbors without being visible at all to the rest of us (U.S. Department of Justice, 2015).  This is important for our country in seeking to advance our legal principles and values.  There is no reason to feel as if we need to choose between justice reform and efforts to reduce gun violence.  We have a compelling need to advance our efforts toward addressing both issues.

T. Closson and S. Piccoli, “Two Children Out Walking Get Caught Between a Gunman and His Target,” New York Times, June 18, 2021 (nytimes.com)

C. Smith, “What I Learned About Stop-and-Frisk From Watching My Black Son,” The Atlantic online, April 1, 2014 (theatlantic.com)