The news reports appear every day. More shootings. More heartache. More silence and inaction from those legislators who block consideration and discussion of statutory initiatives that might reduce risk and harm. It is easy to feel numb and bereft of hope when following developments affecting the issue of gun violence.

There are potential bright spots bubbling up in individual communities that are implementing intervention programs for young people at risk from victimization by and participation in gun violence. The Lansing State Journal presented a timely and useful description of community programs in Michigan that address gun violence risks through mentorship, counseling, economic opportunity, neighborhood redevelopment, and other intervention mechanisms (Thompson, 2021). As yet, these programs have not received the requisite funding and widespread governmental commitment needed to test their true potential. In addition, these programs focus on a specific facet of gun violence.

There are other aspects of gun violence that require attention and action. As we follow news stories about these other dimensions of gun violence, we must remind ourselves of lessons and messages that can be drawn out for our own learning and our capacity to educate others. News stories in recent days illustrate these points.

WHAT IF?: What if Michigan had safe storage laws like other states that push gun owners to keep their firearms inaccessible to children and hold adult owners accountable when children are injured or killed by guns? We do not know if any individual tragic incident would have been averted by safe storage laws. But we do know that some gun owners would be deterred from leaving their guns easily accessible when small children are unsupervised in a room or when teens babysit small children. Like background check legislation, safe storage laws are common sense rules that many gunowners support. 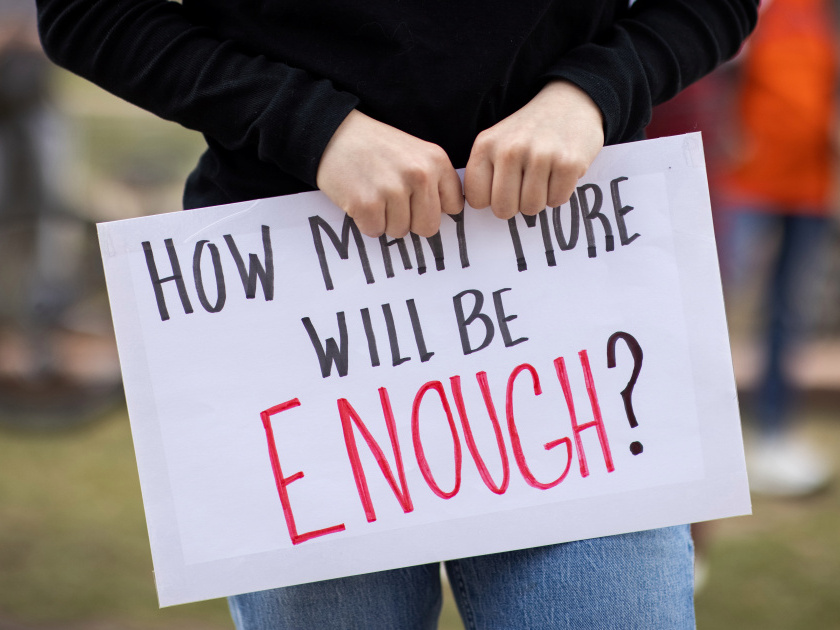 “Amid Renewed Focus on Gun-Trafficking, 9 Charged with Trafficking Weapons from Georgia to New York,” (Jacobs, 2021).

LESSON: We need national laws that impose common rules for background checks, licensing, and other aspects of gun ownership. It has long been true that strong state gun laws have been undercut by people who exploit the weak laws in other states and move guns illegally between states. This article describes a man who purchased 87 guns in Georgia that he claimed were for his personal ownership and use. However, the guns were transported to New York and sold to gangs who used them in shootings. We are all endangered by weak gun laws, even those in states far from our hometowns. 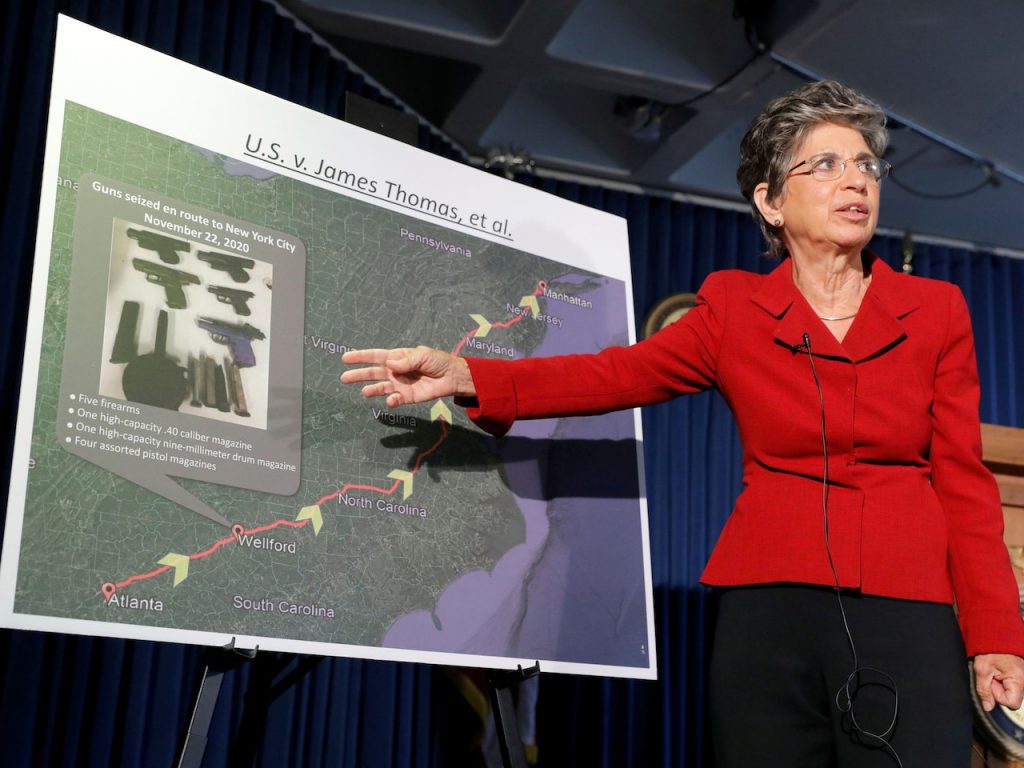 “Mexico Sues U.S.-Based Gunmakers Over Flow of Arms Across Border,” (Sheridan and Sieff, 2021).

LESSON: The easy availability of military-style rifles to civilians in the U.S. has devastating effects on neighboring countries. These guns are easily smuggled across borders and make criminal organizations, such as drug cartels and gangs, exceptionally powerful. Indeed, in Mexico and Central America these well-armed criminal organizations threaten the existence of democracy by using their guns to effectively take control of territory. The government’s police and military cannot readily reassert control when their adversaries can match their weaponry and make the fearful populace unwilling to provide information and assistance to the government. In addition, well-armed criminal organizations assassinate political candidates and office holders and thereby frighten people into submission. 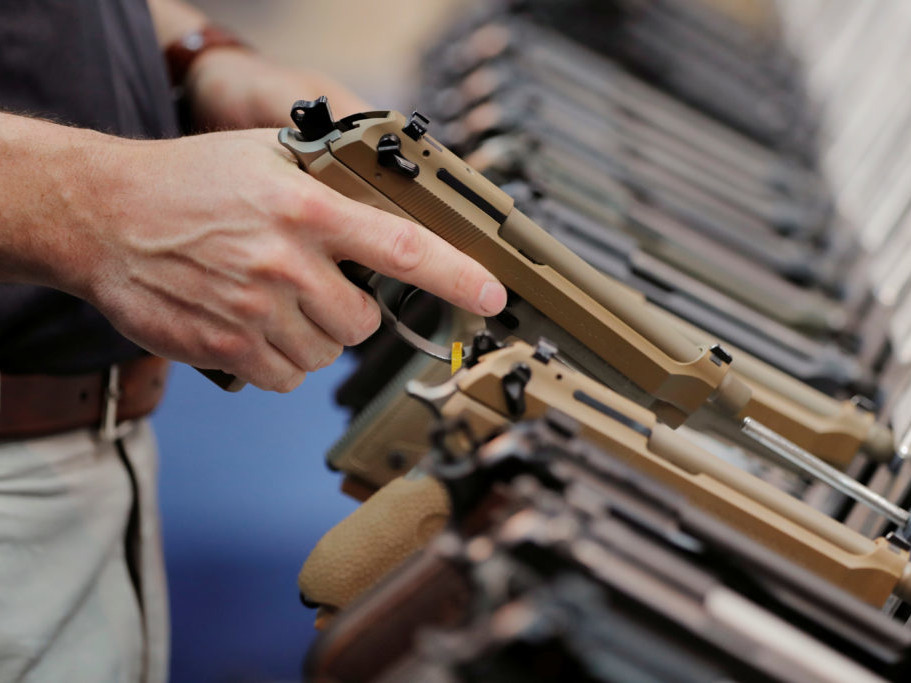 Moreover, the flow of weapons from the United States to Central America and Mexico, along with the destructive effects of climate change on agriculture in these regions, serve to push frightened people to flee and seek entry into the United States (Grillo, 2021). In effect, gun policies in the U.S. contribute significantly to political instability in our hemisphere and provide one of the root causes for the immigration issues at the U.S.-Mexico border. It is worth noting that Mexico’s lawsuit is highly unlikely to succeed because U.S. law provides special protections for gun manufacturers—protections that are not available to other product manufacturers and that reflect the political power of the gun lobby.

WORRISOME DEVELOPMENT:  What message is sent to the public when people who pleaded guilty to illegally using guns to threaten unarmed passersby are relieved of their convictions and allowed to claim vindication for threatening innocent, non-violent people? According to witness reports and video of the scene, the Black Lives Matter protesters were peacefully walking past a house on their way to protest outside the nearby mayor’s house. Yet, the gun-toting lawyers who rushed out of their house to point a military-style rifle and pistol at the peaceful protesters claimed that their house was under attack. Will other people feel justified or encouraged to point firearms at people walking past their houses? 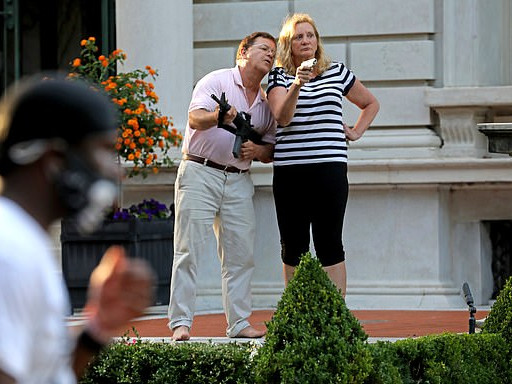 Whenever a loaded firearm is pointed at a person, there is a risk that the weapon will be intentionally or accidently discharged and thereby cause a death or serious injury. If such behavior is normalized, what impact will it have on society? Moreover, what risks are enhanced when, as here, the homeowners’ claims of justifiably threatening to shoot peaceful strangers appear to be based solely on the skin color of the pedestrians walking past their house? Missouri’s governor has done a grave disservice to the entire nation by validating behavior that encourages quick resort to firearms in reaction to unjustified fears of passing strangers. We must fear that this incident helps to increase the risk of tragic gun violence in other contexts, especially because criminal convictions had already been obtained that could have sent the opposite message: “Do not freely use guns against people who have done nothing that poses the kind of life-threatening risk necessary to legally justify lethal self-defense measures.”

The foregoing examples remind us to look for lessons within the incidents reported in the news and not merely permit such stories to enhance our numbness or pessimism. None of these examples provide any reason for optimism about the near future. However, absorbing the lessons of current developments will better prepare everyone for the day when there are opportunities to give serious consideration to proposed laws and policies to reduce the risks of gun violence.