Significant news media attention this week is directed at the oral arguments heard by the U.S. Supreme Court on Wednesday in the much-anticipated case of New York State Rifle & Pistol Association v. Bruen. The case presents a challenge to New York’s law that requires individuals to show a special need to defend themselves in order to be granted a license to carry a concealed pistol. In 43 other states, the laws enable people to gain such licenses without presenting a specific justification. In effect, this is a challenge to making individuals’ concealed carry licenses dependent on discretionary decisions by local officials. Two New York residents who were denied licenses for unrestricted carry (one was granted a license to carry a pistol when traveling back and forth to work) claimed that the law violates their Second Amendment right to “keep and bear arms.” 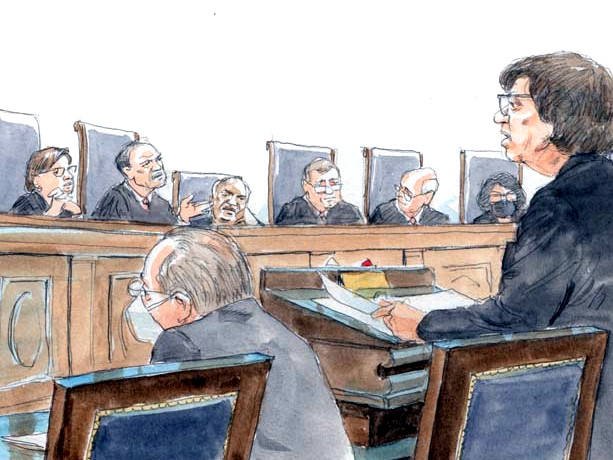 For a state such as Michigan, which is among the 43 “shall issue” states that no longer authorize such discretionary license denials to otherwise qualified applicants, the potential invalidation of the New York law would not necessarily impact the licensing laws here. However, much depends on how broadly or narrowly the Supreme Court majority writes any new ruling about the meaning of the Second Amendment. A broad ruling could impact Michigan’s current restrictions on places where firearms can be carried, such as schools and university campuses. Equally important, the invalidation of the New York law with a broad ruling could preclude various kinds of gun safety laws that might have been enacted in the future if the composition of the Michigan legislature changes after a future election.

Because all three of President Trump’s appointees to the Supreme Court have written previous opinions advocating the expansion of gun rights, observers expect that will join with Justices Thomas and Alito, outspoken proponents of expanded gun rights, to form a majority that will strike down various existing gun regulations. Chief Justice Roberts is more cautious, but he was among the five justices to first declare that the Second Amendment grants rights to individuals and is not focused on arming state national guard units (“well-regulated Militia[s]”) as most legal scholars and judges presumed prior to 2008 [District of Columbia v. Heller].

On the day prior to oral argument, an interesting op-ed was published in the New York Times.  It was co-authored by J. Michael Luttig, a former federal judge who is very prominent in conservative circles and frequently touted as a possible Supreme Court appointee when conservative presidents occupy the White House.  The op-ed argued that the Supreme Court should uphold the New York law in order to avoid making policy that is properly under the authority of the state legislature.  It also raised alarm about the possibility of a broad court ruling that could enable guns to be carried into schools and other currently-restricted locations in various states across the country.  Luttig and his co-author believe that if conservative justices are eager to strike down gun regulations, they will be exceeding their authority and engaging in improper judicial activism (Luttig and Bernstein, 2021).  Obviously, no one knows whether Luttig’s viewpoint will have any impact on his fellow conservatives serving on the Supreme Court.

I listened to the entire two-hour oral argument as the audio was broadcast live through the Supreme Court’s website.  A tape of the oral argument and a printed transcript are now available on that website for anyone interested in hearing or seeing what was said. One troubling aspect of the statements and arguments by a majority of justices was the clear assumption that the Second Amendment grants a right for individuals to carry firearms outside of their homes. Yet, the Supreme Court’s prior precedent, District of Columbia v. Heller (2008), only established a limited Second Amendment to keep a handgun in the home for self-defense. The rule of the case was specific to that point and in law school we are taught that everything else in the case opinion is discussion (“dicta”) and not part of an authoritative rule. The current Supreme Court majority’s expansion of the Second Amendment right to include carrying firearms outside the home (likely with some restrictions) seems to be almost a forgone conclusion.

Based on the questions and statements of the justices, my speculative prediction sees three justices voting to uphold New York’s law (Justices Breyer, Kagan, Sotomayor) and four justices voting to invalidate it (Justices Alito, Thomas, Gorsuch, Kavanaugh). The new Trump appointee, Justice Barrett, asked whether invalidating the law would permit people to carry guns when hundreds of thousands gather in Times Square for New Year’s Eve.  Chief Justice Roberts asked similar questions about permitting gun carrying on university campuses and in football stadiums. Their concern about this issue makes me feel reassured that the ultimate decision is not likely to wipe away state authority to regulate the carrying of firearms in certain sensitive locations. However, I will not be surprised if one or both of these two justices votes to invalidate New York’s law with a narrow ruling that limits state’s discretionary authority to deny concealed carry permits while maintaining restrictions on carrying in certain locations.  Might this case be a stepping-stone toward limiting state authority to restrict locations for gun carrying? That could very well happen.

There are other issues percolating in the federal court system that may be accepted for hearing now that the Court has a majority that is apparently interested in expanding gun rights and limiting the regulatory authority of states and federal government.  What kinds of questions have been raised that may lead to changes in gun policy?  For example:

In sum, there are strong possibilities that Supreme Court decisions in the foreseeable future may preclude kinds of legislation that might help reduce the risks and harms of gun violence.

One additional interesting article was written by a UCLA law professor in the days leading up to the oral argument (Winkler, 2021). This article provided an outline of actions to pursue even if the Supreme Court expands the meaning of the Second Amendment and precludes certain laws. He pointed to:

This is not an exhaustive list of options. Instead, it is a useful reminder of the need to think about alternative courses of action if the Supreme Court limits certain aspects of state and federal regulatory authority.