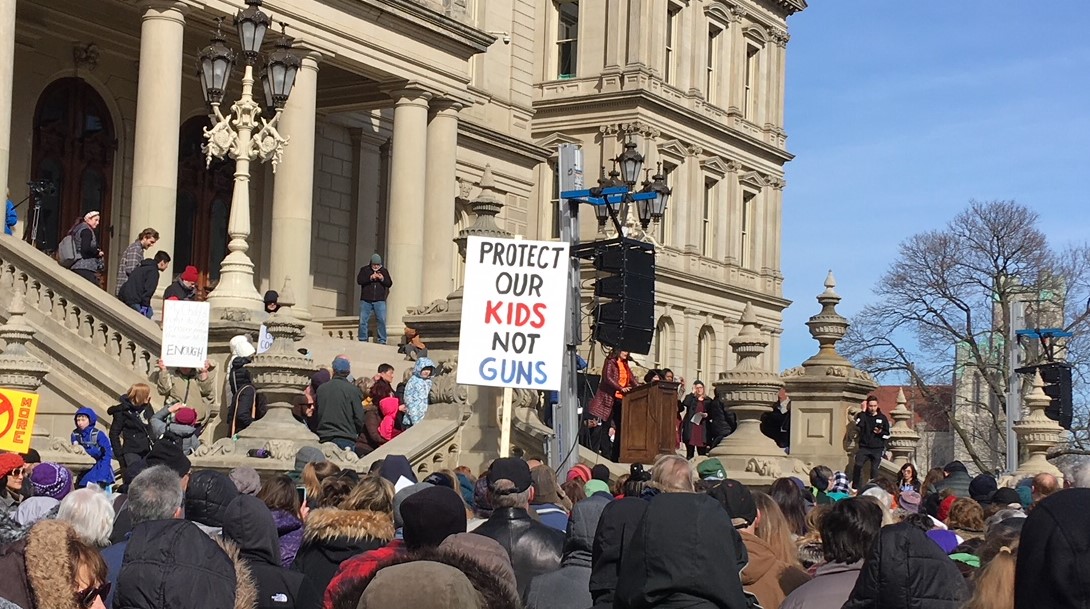 The tragic shooting at Oxford High School last week is generating a variety of communications to our organization, including requests for media interviews and messages of support from individuals. As we experience the intense shock and pain of witnessing our Oxford neighbors’ grief, I am reminded of similarities with the events of 2018.

On Valentine’s Day 2018, a teenager with a rapid firing gun killed 17 people and wounded 17 others inside a Parkland, Florida, high school. In the aftermath of the shocking tragedy, students from Parkland organized large demonstrations, press conferences, and a youth-centered anti-gun violence organization called March for Our Lives that continues today with local chapters throughout the country. In Michigan, there were multiple protest events on the steps of the state capitol building that included speakers such as Gov. Gretchen Whitmer and Attorney General Dana Nessel, who were both candidates for office at that time. I also participated in a town hall meeting at a packed movie theater in Howell that focused on the issue of gun violence. There were bills proposed in the legislature to enact reasonable gun regulations, just as there are during every session. 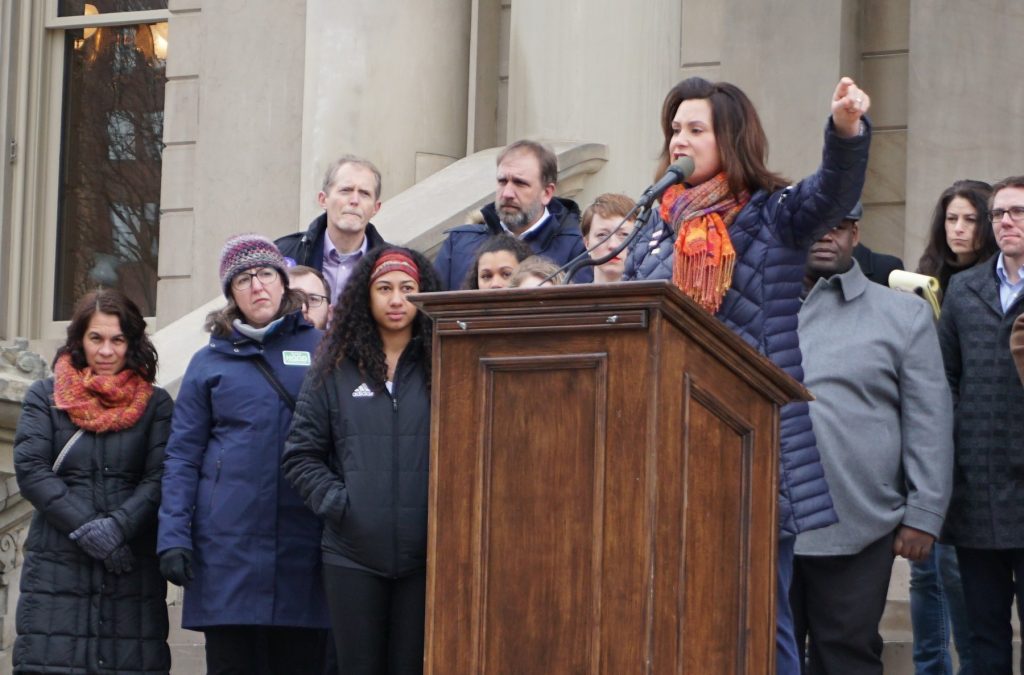 Yet, nothing changed. Why? The cold, hard truth is this: laws cannot change when those in charge of scheduling committee hearings on proposed legislation will not even permit discussion of proposed anti-gun violence laws, let alone a vote on such proposals. This is not within the control of the governor. It is within the control of the political party that has the majority in the state legislature. And the same is true in Congress.

This inaction occurs despite the fact that there are concrete legislative proposals that could reduce the risk of mass shootings at high schools as well as other contexts of gun violence victimization:

1) safe storage laws that hold gunowners accountable when they permit children and teens to gain access to firearms and subsequently cause harm to themselves or others;

2) Extreme Risk Protection Order laws that can lead to temporary removal of firearms when there is evidence that people are experiencing psychological crises that may lead them to harm themselves or others;

3) restrictions on the nature and ammunition capacity of firearms available to civilians;

These are just examples, most of which already exist in some other states, that are worthy of discussion and legislative consideration.

Fast forward less than four years to December 2021. Over the weekend, we saw 67,000 fans at the University of Michigan’s Big Ten Championship game in Indianapolis and 45,000 fans at the Detroit Lions home game participate in moments of silence and ceremonies to honor and remember the high school victims and the entire Oxford community.  On Monday, a Detroit Free Press article focused on the football teams’ attention to the Oxford tragedy (Seidel, 2021). Among other news stories covering these events, “CBS Morning” did a television feature on this aspect of the Lions game. And of course, tens of thousands of football fans watched these ceremonies as they unfolded on television.

These events are laudable. They demonstrate that Americans can share common concerns even at moments of political polarization. When innocent young people are killed by firearms violence in school, we all feel outrage, sadness, and empathy. Will anything change?  he highest probability answer is: No. Nothing has changed—yet—in the state legislature or Congress to enable anti-gun violence measures to be discussed and considered.

After the Oxford shooting, U.S. Senator Chris Murphy from Connecticut, one of the foremost advocates of action against gun violence ever since the Newtown, Connecticut, shooting at Sandy Hook Elementary School in December 2012, asked the Senate to take up the bill passed by the U.S. House of Representatives to strengthen background checks for gun sales. This proposal would not have affected the Oxford shooting, but it is a first step in discussing anti-gun violence measures because it is so strongly supported by a majority of the American public, including gunowners. Consideration of the bill was immediately blocked by Iowa Senator Charles Grassley (Yang, 2021).

It is worth quoting the Detroit Free Press article entitled, “Detroit Lions Played for Something Bigger Than Themselves on Sunday. They Won for Oxford,” about current public reactions to the Oxford shooting (Seidel, 2021):

When tragedy strikes, everybody wants to help.

To wrap trees with ribbons or cook meals and deliver them to doorsteps.

Because this situation leaves everybody feeling so helpless.

So these football players did the one thing they could do.

Again, this is laudable. Indeed, it is valuable for the public to direct its attention to important public policy issues that affect Americans’ very lives. What will change as a result of these actions? Again, the highest probability answer is: Nothing. These actions are important but insufficient to make any steps toward preventing the loss of innocent lives in the future.

But is it truly, as the article said, “the one thing that they could do,” or that any of us could do?  Now, imagine something different. What if the 67,000 people who watched Oxford honored and remembered at the University of Michigan’s Big Ten Championship game and all 45,000 fans who watched the Detroit Lions and a similar remembrance—as well as the tens of thousands of people who watched these games on television—all contacted their state legislators and members of Congress to express their views on the issue of gun violence? Perhaps that would help to inform legislators about the widespread public support for actions such as strengthened background checks. But the highest probability is that even these actions would make little difference.

Now imagine something else: What if all of these people contacted their legislators and also said “When I vote next November, my highest priority concern with be candidates’ statements, actions—and inaction on gun safety and anti-violence measures?”  Based on our past experience with gun tragedies, this is likely the next essential step to create any hope of moving forward with reasonable regulations that can save lives. If we do not prioritize gun violence issues when we vote, many elected officials will continue to know that their mere recitation of the words “thoughts and prayers” will be enough to keep them in office—and permit them to continue to block discussion of all proposals that could save lives by reducing the risk of gun violence.

Seidel, J.  “Detroit Lions Played for Something Bigger Than Themselves on Sunday.  They Won for Oxford,” Detroit Free Press, December 6, 2021 (freep.com)