In December 2012, a twenty-year-old gunman entered an elementary school Connecticut and killed twenty-six people, including twenty young children. In May 2022, an eighteen-year-old gunman entered an elementary school in Texas and killed at least 19 people, nearly all of them children. Two horrific events nearly a decade apart. Did anything change in the course of that decade? 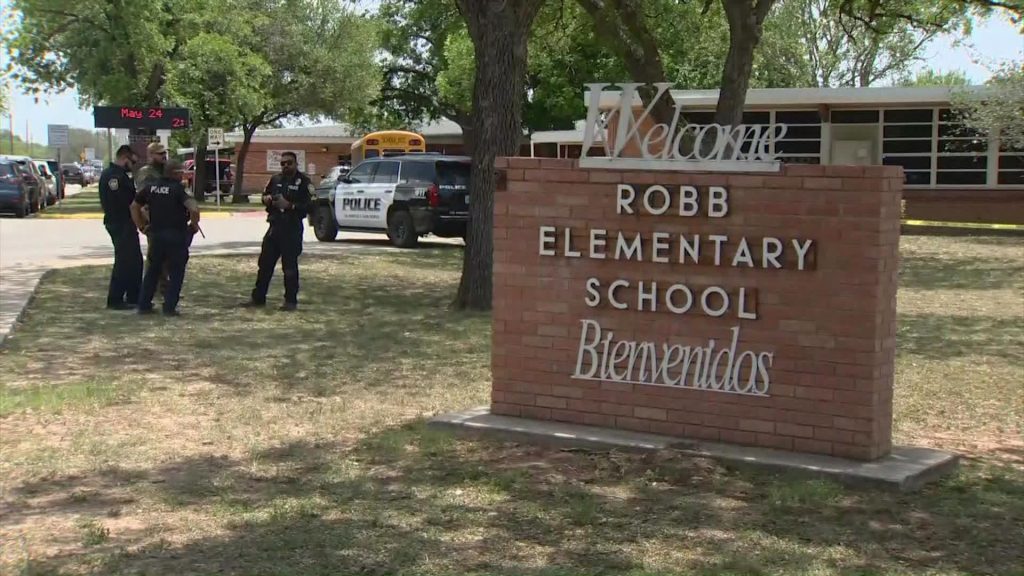 During that decade, we learned that such tragic events will inevitably occur over and over again in light of our country’s maintenance of policies that provide easy access to firearms.

The list of mass shootings during the decade could go on and on but these highly-publicized shootings make the point: little has changed to reduce the inevitability of future mass shooting events.

After each shooting, amid the anguish and frustration, people will say such things as “the government won’t do anything about these shootings” or “political leaders never take meaningful action on the issue of gun violence.” Let me suggest that we consider characterizing the continuation of harmful policies in a different way.  When we look closely at elected officials with lawmaking authority in Congress and the Michigan legislature, let’s not say that there is “inaction.” In fact, there are legislators in both settings who are proposing bills and trying to persuade colleagues and the public to support sensible legislation to reduce the risks and harms of gun violence. That is action. And there are legislators who block such proposals from being considered in hearings, prevent proposals from being voted upon in legislative chambers, and vote against nearly any proposal that would reduce the risk and harm of gun violence. The absence of new sensible legislation leads to a characterization of “inaction” by the legislature, but actually that absence is the product of actions by specific legislators. Actions by very specific elected officials effectively block legislative efforts to reduce the risks and harms of gun violence.

We should stop blaming government “inaction” and start looking very closely at each and every elected official. Do they advocate and support sensible proposals to reduce the risks and harms of gun violence? Or are they among those who block consideration of such proposals? Or, even worse, do they seek to further expand the availability of firearms, including the military-style weapons and high-capacity ammunition magazines that are used in so many of the most devastating mass shootings?

Political science studies indicate that most legislators are eager to gain reelection or to run for higher office. Thus, their actions can be influenced by their desire to raise campaign funds, such as donations from gun manufacturers and the interest groups supported by the gun industry. But reelection really depends on gaining votes. Campaign funds are merely a means to seek votes. The votes themselves are what really matter in the effort to push legislators to change their policy priorities and decisions. As a result, we must recognize that American voters play a key role in the perpetuation of dangerous gun policies.

In order to achieve change through the legislative process, voters must prioritize the issue of gun violence when examining candidates’ issue positions and deciding how to vote. It is not enough to express outrage and grief after small children are gunned down inside an elementary school.  Voters must say, “I’m going to find out which candidates will work to reduce the risk and harm of gun violence, and I’m going to make this issue a priority when I cast my ballot.”

There are so many guns in circulation in American society (now estimated to be over 400 million after the pandemic-era surge in gun buying) that no law is going to eliminate gun violence. But there are very specific laws that may reduce risk and harm. Would the Oxford High School shooting have happened if Michigan had a safe-storage law that required adults to lock up any guns that might otherwise be accessible to youths? Would the Buffalo shooting have occurred if New York had Washington’s law barring the sale of military-style rifles to people under age 21?  Would the Charleston, South Carolina, have occurred if a longer permissible time frame for background checks would have enabled authorities to learn that an ineligible purchaser was seeking firearms? We don’t know the answers to these questions. However, we can expect that such reasonable laws would provide barriers that might have prevented these shootings as well as interfered with the plans of others intent on inflicting harms on society.

After Virginia’s state elections in 2019, a critical mass of legislators aligned with a governor intent on enacting laws to reduce the risk and harm of gun violence. They created such measures as:

These laws respect Second Amendment rights while helping to reduce the risk and harm of suicides, homicides, accidental shootings, and firearm injuries.

The list of laws enacted in that session of the Virginia General Assembly include measures that have also been discussed and proposed by certain legislators in Michigan’s legislature and Congress. Yet, they remain blocked from consideration. If we want to end these blocking actions in order to consider sensible laws, then voters need to look closely to see which officials seek to maintain the current laws that will enable the horrific incidents of the past decade to be repeated in the next decade. And, more importantly, voters need to prioritize the prevention of gun violence and their memories of these tragedies when they cast their votes in 2022.