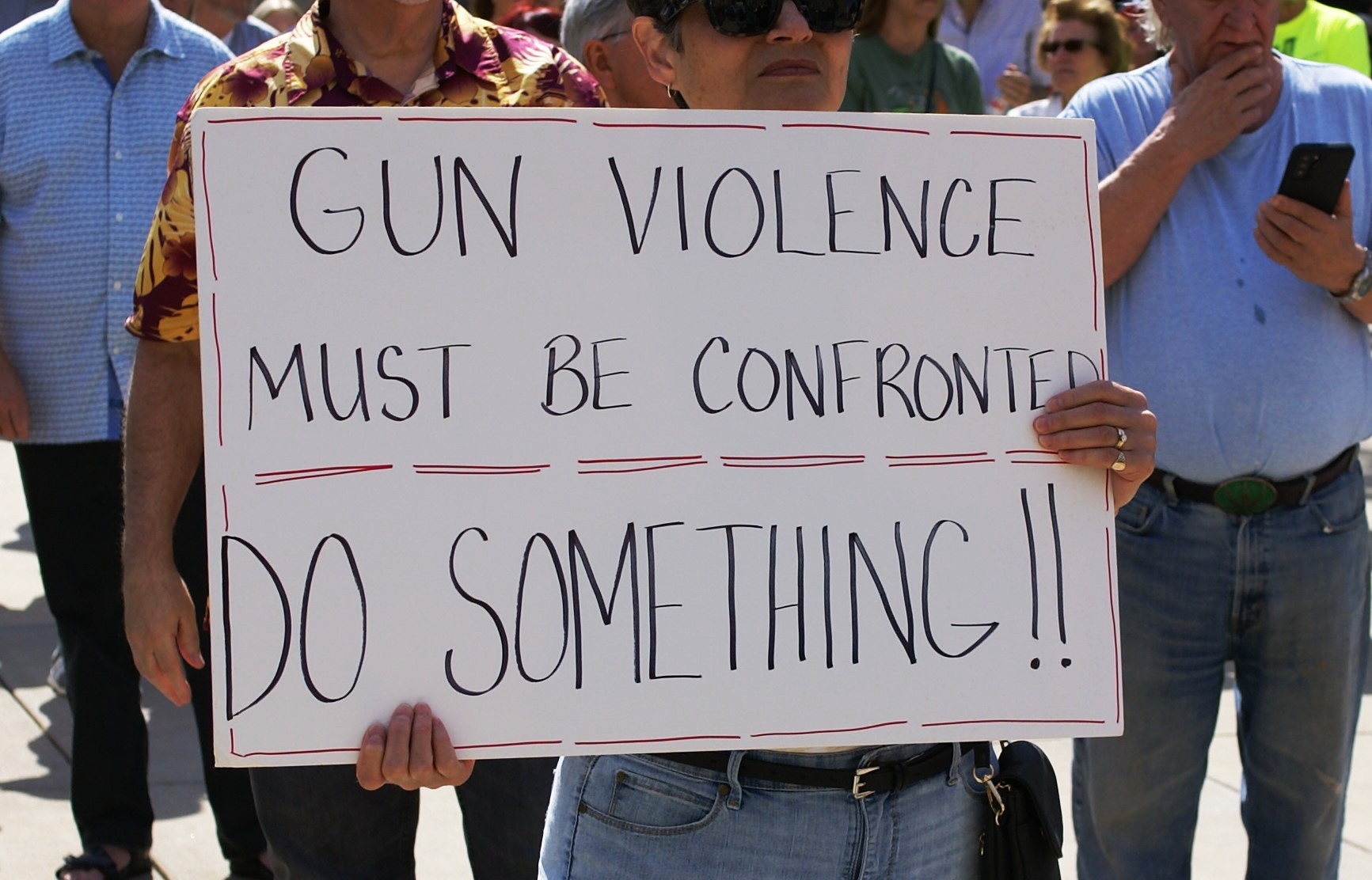 The latest news reports tell us that a bipartisan group of U.S. senators, including Michigan’s Sen. Debbie Stabenow, have issued a statement of agreement concerning proposals related to gun violence. The signees included ten Republican senators meaning that these proposals can overcome the usual blockade by the senate filibuster rule if there is ultimately agreement on the language of proposed legislation. That still remains a big “if.” As currently described, these are proposals about ideas. Yet, we must definitely label this development as progress whenever we see bipartisan discussion and initial agreement on ideas concerning gun safety.

A couple of the agreed-upon proposals concern funding for useful services but DO NOT address the fundamental problem of the easy availability of firearms (Press Release, Sen. Chris Murphy, 2022). These funding proposals concern investments in programs for mental health services, suicide prevention, and school safety. The remaining measures that could impact the availability of firearms are quite limited when compared to the scope of the nation’s true problems:

While we should applaud any progress on laws to reduce the risk and harm of gun violence, we should not lose sight of what is missing in these proposals. What about the needed universal background checks that are supported by a significant majority of the public? Private sales would continue to permit people to avoid background checks. What about creating incentives for safe storage laws? What about barring teenagers from purchasing weapons of war of the sort that teenagers used with devastating consequences in Buffalo and Uvalde in recent weeks? What about limiting the size of ammunition magazines so that shooters with harmful intentions are forced to stop and reload frequently, creating opportunities for potential victims to escape or bystanders to overwhelm and stop the shooters? What about requiring gun owners to purchase insurance policies to cover the harms that may be caused by their firearms? What about, what about, what about…

The limits of the bipartisan senate proposals are illuminated by their contrast with the package of bills passed last week by the U.S. House of Representatives after wrenching committee testimony from survivors and family members from the Buffalo and Uvalde shootings (DeBonis, 2022; Karni, 2022). The bills passed by the House included:

Previously, the House passed expanded background checks to close the loopholes for gun shows and internet transactions, as well as ending the strict time deadlines for background checks to be completed. The Charleston, South Carolina, racially-motivated mass shooting was carried out by an individual who would have been stopped by a background check if not for the current law’s requirement that the purchaser receive the firearm when the background check has not been completed within three business days. Yet, the previous bills, like the ones from last week, have no chance to get beyond the blockade established by opposing senators who will use the filibuster to stop the House-approved bills.

Twice in the past ten days, I have heard U.S. Rep. Elissa Slotkin from Michigan’s 8th congressional district lament the fact that these gun measures are packaged together. She argues that they should be put forward separately to require all legislators to show where they stand on each measure. Among the bills approved last week, only the extreme risk protection order was a separate, individual bill. The current strategy from the majority in the House permits opponents to claim that they care about gun safety but enables them to vote “no” by claiming there was just one provision in the package that was unacceptable. Individual votes would also create opportunities to perhaps generate more bipartisan support for specific measures. In last week’s vote, only five Republicans (including Michigan’s Rep. Fred Upton) voted for these measures and four of the representatives are not running for reelection.

The distance between the House and Senate proposals illustrates why Congress is not likely to provide effective action for a reduction of risks and harms from gun violence. Gerrymandering, the structure of the Senate—with every state having the same two votes, no matter how small or large the population, and the 60-vote filibuster barrier in the Senate give disproportionate power to opponents of common-sense gun laws. Yet, the bipartisan negotiations and production of proposals endorsed by ten Republican senators show that public pressure can potentially have an effect in pushing legislative bodies to “do something.” But we must remain vigilant in pressing legislators who would be satisfied with doing “something” when that “something” is not enough.

The greatest potential for needed action can come from state legislatures when both chambers align with a pro-gun safety governor. At Saturday’s March for Our Lives rally at the state capitol, a number of speakers led the crowd in chants of  “vote them out!” when speaking about legislators who actively block consideration of common sense gun laws in Michigan. In light of Michigan’s new, non-gerrymandered legislative districts and the uncertainty about how they will impact the November 2022 election results, I prefer to encourage voters to prioritize gun safety as their key issue when they look at candidates’ policy stances. That way we can “vote them in!” when candidates are supportive of enhancing gun safety and reducing the risk and harms of gun violence in our state.

At the same time that the Buffalo and Uvalde shootings have sparked hundreds of March for Our Lives rallies over the weekend and simultaneous progress from certain U.S. senators to “do something,” there are always currents of action seeking to make access to firearms even easier and spread opportunities to carry firearms in additional places. The U.S. Supreme Court is on the verge of issuing a decision that may very well expand where firearms can be carried and by whom they can be carried in public. We also see those opposed to sensible gun laws pushing ahead in various states by using ballot issue proposals. According to a news report, Iowa voters will be asked to add a gun rights provision to their state’s constitution, a Nebraska ballot proposal would expand opportunities to carry weapons, and a Washington proposal would prohibit state and local governments from imposing limits on purchasing and owning firearms (Selsky, 2022). Even as our attention is drawn to beneficial activity to advance gun safety, we must remain aware of contrary efforts that will increase risk and harm.

The current election year in Michigan is especially important for determining what will happen—or not happen—with respect to common sense gun laws. We continue to appreciate any and all support, no matter how modest, for our plan to use our voter education function to reach as many voters as possible and encourage them to prioritize the issue of gun safety when they compare candidates. Thank you!