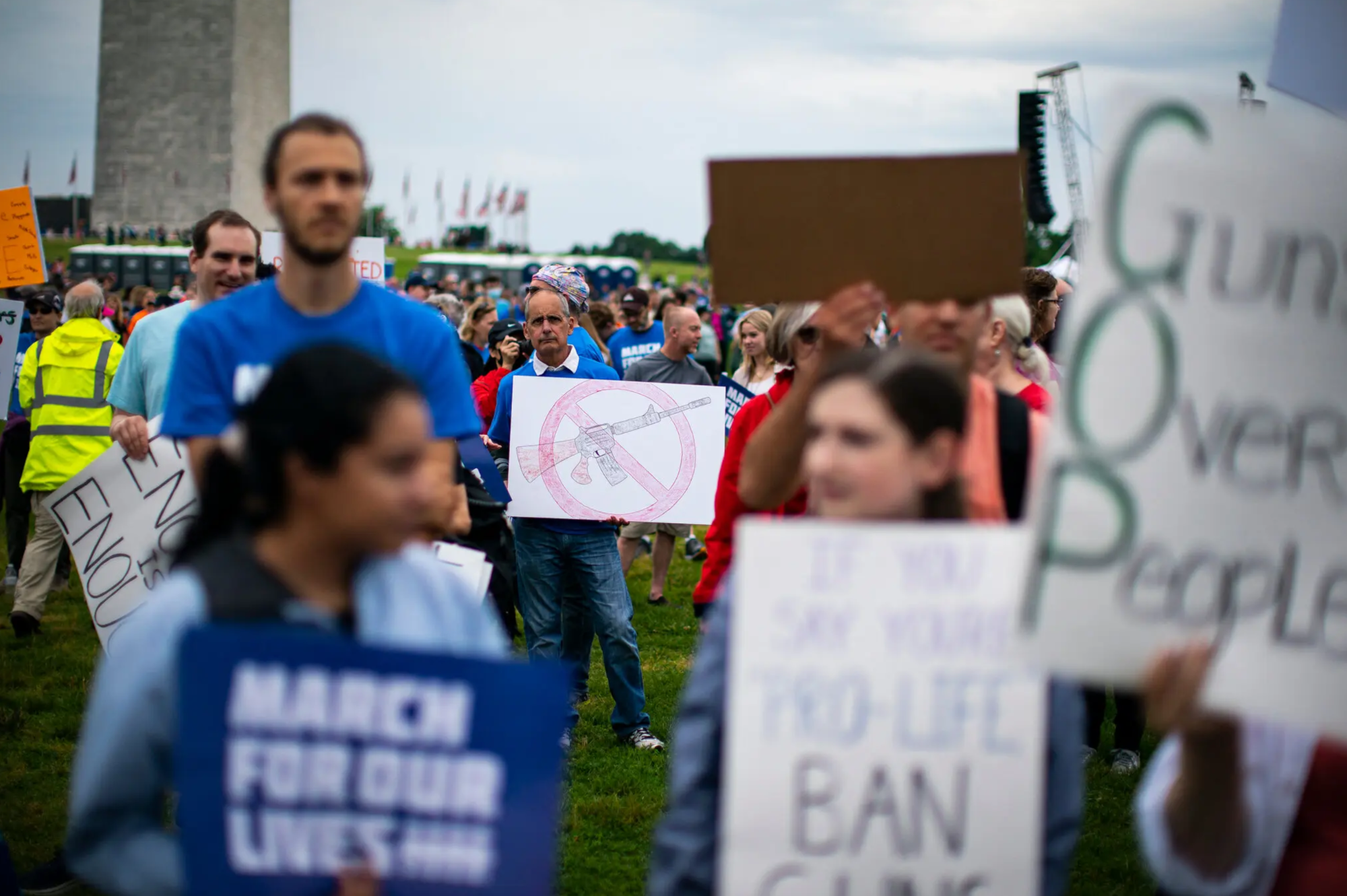 June 23, 2022. A date that will live in history—and perhaps infamy—for gun law and policy. One development was expected. Namely, the U.S. Supreme Court’s decision to expand the Second Amendment to include a right to carry firearms outside of one’s home. The other development would have been completely unexpected prior to the Uvalde, Texas, school shooting. Namely, the U.S. Senate enacting a bill with very modest new regulations concerning firearms. Let’s take the second development. After years of roadblocks in the Senate against any and all sensible gun laws, there is reason to celebrate this breakthrough. But only if this breakthrough leads certain senators to conclude, “wow, we enacted some modest, sensible gun laws and the sky did not fall, civilization did not end, and life on earth was able to keep going. Maybe we could consider some other sensible laws.”  It certainly seems as if Florida senators Marco Rubio and Rick Scott may have adopted that attitude about extreme risk protection order laws after observing positive effects in the state that they represent. Thus, they supported federal efforts to encourage the enactment of such laws in other states—although they both voted against the new gun bill, presumably because it included more than just that one provision that they have supported in the past. However, I fear that the senators who have opposed sensible gun laws in the past, including those who just voted in favor of the new law, will more likely respond to additional proposals with, “hey, we already did something about guns. Now it is time to move on to other things.”  If so, that will be unfortunate since the law enacted in the Senate—and later by the House—will have such modest impact. It permits some legislators to claim “we did something,” even while knowing that “something” will have fewer benefits than the country needs. In addition, there is funding for mental health programs and community violence intervention programs as well as strengthening provisions related to “straw” purchases—purchasing a firearm to be given to someone who is ineligible to make their own purchase. A step forward? Yes. Enough action? No. The glaring omissions? The law does not require universal background checks. Thus, an estimated 22% of gun purchases can continue to occur through private sales not covered by the current background check law focused on sales by licensed gun dealers. Also, there is no effort to limit the availability of weapons of war which are currently acquired very easily by untrained civilians and those intent on doing significant harm.
By contrast, the Supreme Court’s decision in New York State Rifle & Pistol Association v. Bruen has more significant implications, but not in a good way. The Supreme Court expanded the meaning of the Second Amendment beyond a right for law-abiding adults to keep a gun in their homes to also include a right to carry a gun in public for self-defense. The decision itself will directly force New York and, presumably, a half dozen other states, to be like Michigan in granting gun-carrying permits to anyone who qualifies for a carry license, without requiring them to prove that they have any special need to carry a firearm. The larger implications of the ruling are two-fold with respect to the future.

Thus far, it appears that the Court majority will preserve the ability of states to prohibit firearms in “sensitive places,” presumably including sporting events, government buildings, and educational institutions. The Supreme Court’s justices will never, ever permit civilian-carried firearms into their own building, so they need to preserve some authority for the states to do the same by designating similar gun-free locations. Yet, the majority might decide in some future case that states have gone too far in designating such places and thereby limit the kinds of places that can be kept free of firearms.

Justice Clarence Thomas wrote the majority opinion and it took the path that he long had indicated he wanted to force the the country to follow. The other justices’ opinions contain interesting points. A concurring opinion by Justice Brett Kavanaugh, and joined by Chief Justice John Roberts, emphasized that states may still have certain licensing requirements for those who want to carry firearms outside their homes:  “Those shall-issue regimes may require a license applicant to undergo fingerprinting, a background check, a mental health records check, and training in firearms handling and in laws regarding the use of force, among other possible requirements.”  They also emphasized that states retain regulatory authority by quoting the original gun rights opinion by Justice Scalia in District of Columbia v. Heller (2008):  “[N]othing in our opinion should be taken to cast doubt on longstanding prohibitions on the possession of firearms by felons and the mentally ill, or laws forbidding the carrying of firearms in sensitive places such as schools and government buildings, or laws imposing conditions and qualifications on the commercial sale of arms.”

The opinion appeared to provide reassurance that Justice Kavanaugh and Chief Justice Roberts do not share the evident desire of Justice Thomas and Alito to expand the Second Amendment. Should we feel reassured that these two justices in the new six-member conservative majority will withhold the votes needed for a five-vote future ruling to expand the Second Amendment? There is no reason to have any confidence about that. It remains to be seen.

Justice Stephen Breyer wrote a dissenting opinion, joined by Justices Sonia Sotomayor and Elena Kagan. The opinion cited many statistics about the contemporary problem of gun violence. Its primary purpose was to express grave concern about Thomas’s new standard that would disregard states’ public safety goals and evaluate gun regulations solely by whether they are consistent with gun laws from two centuries ago. I am reminded of a commencement address that Justice David Souter gave at Harvard in which he pointed out that the Constitution empowers government to pursue multiple goals, some of which may clash. Thus, justices need to think deeply about complex threads in the Constitution and the nature of current problems, rather than focus simplistically on what current justices guess that James Madison and his eighteenth-century colleagues might have thought about a certain issue. By contrast, Justice Thomas has always urged the simple approach, usually framed in a way to achieve his specific policy goals. As a result, as Breyer notes, it is difficult to see what contemporary gun regulations can survive Thomas’s historical analysis.

Justice Samuel Alito’s concurrence constitutes a particularly harsh attack on Breyer’s dissent. To Alito, the nature of the country’s gun violence problems and statistics about gun deaths are irrelevant. He seems to miss Breyer’s point about the narrowness of Thomas’s new analysis. Alito responds to Breyer’s statistics concerning contemporary carnage with a couple of anecdotes, one from 1987 and one from 2020, in which individuals carrying firearms were able to fend off attackers. Alito dismisses Breyer’s dissent with the stark accusation that “the real thrust of today’s dissent is that guns are bad.” Much like some other opinions by former prosecutor Alito, he seems preoccupied by the fear of crime and a belief that guns are essential for self-defense, without any consideration of the empirical reality of increased public dangers as well as thefts of firearms that accompanying increases in gun-carrying behavior.

Justice Alito concludes his opinion with the following statement:  “Today, unfortunately, many Americans have good reason to fear that they will be victimized if they are unable to protect themselves. And today, no less than in 1791, the Second Amendment guarantees their right to do so.”  The paragraph leading to this conclusion seems to indicate that he believes the historical purpose of the Second Amendment was to enable individuals to defend themselves against criminals. In so arguing, Alito completely eliminates any consideration of the actual words—and the intentions that they presumably indicated—at the start of the Second Amendment:  “A well-regulated Militia, being necessary for the security of a free State, the right of the people to keep and bear arms, will not be infringed.” It is true that Justice Scalia in Heller (2008) dismissed the first clause of the Second Amendment as a mere preface, yet the words are there. And these words are not consistent with Alito’s new characterization of the Amendment as being focused on self-defense against crime, especially when that characterization comes from a justice who claims to emphasize history in interpretating the Amendment.

Moreover, it is ironic, if not hypocritical, that the day after the Court’s gun decision was released, the following day’s opinions included the Mississippi case in which a majority of justices eliminated the 49-year-old right of choice concerning abortion (Dobbs v. Jackson Women’s Health Organization). The majority opinion was written by Alito. Justice Alito placed great emphasis on the document’s words by saying: “The Constitution makes no reference to abortion, and no such right is implicitly protected by any constitutional provision.” This statement implies that the words of the Constitution are of the greatest importance in understanding the proper meaning of constitutional rights. Thus, it is difficult to resist saying, “Hey, Justice Alito—do you know what words ARE in the Constitution?:  “A well-regulated Militia, being necessary for the security of a free State,…”  Don’t these words indicate that the Second Amendment has something to do with “a well-regulated militia” rather than just individuals’ fear of crime? Justice Alito’s selective attention to the Constitution’s language reminds us that there is good reason to conclude that the new Court majority is guided by ideological goals rather than by careful attention to case precedent and legal reasoning.

The implication for those concerned about the problem of gun violence? Buckle up! The Supreme Court may be steering us down a very rocky and difficult road.