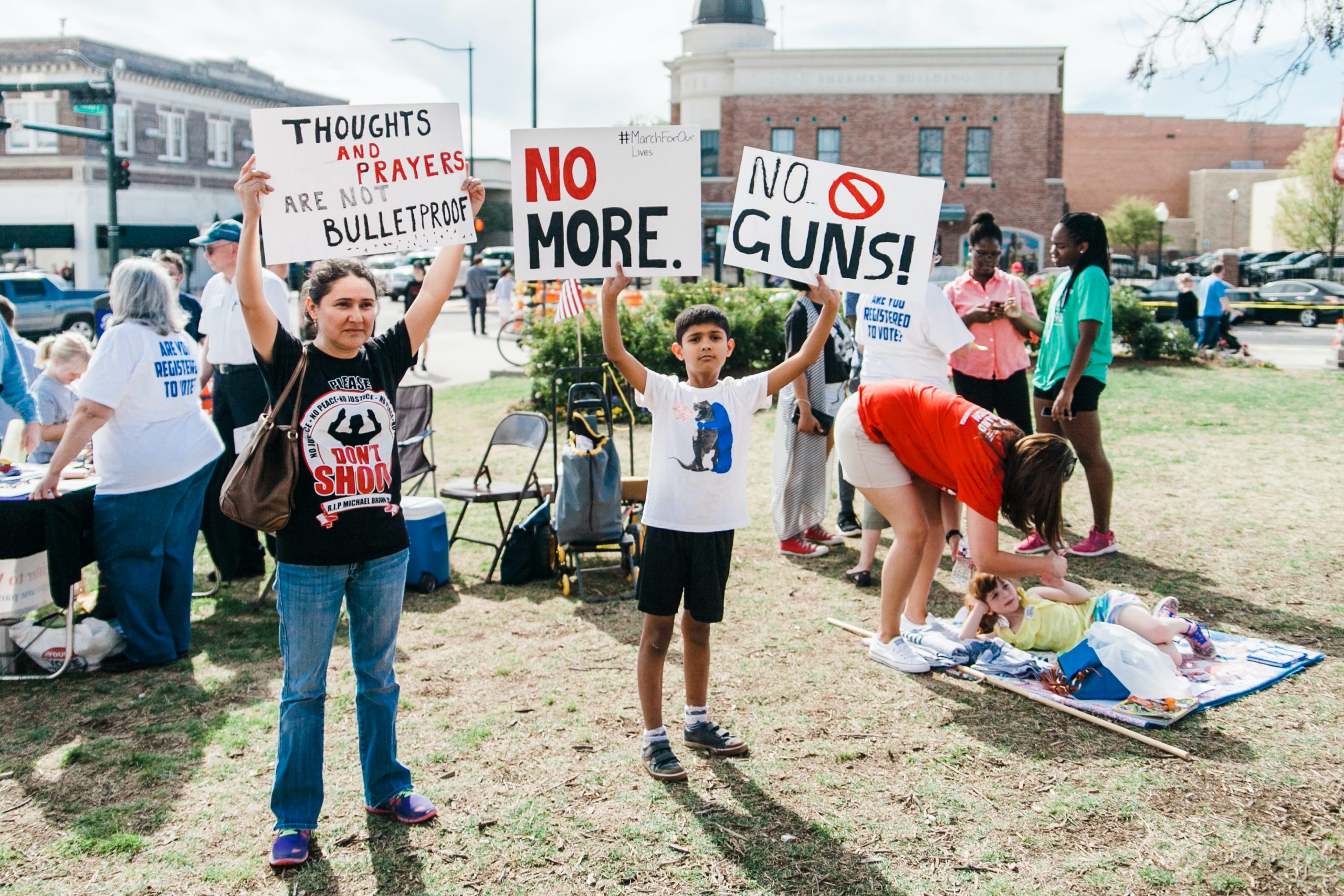 Highland Park. Yet another place name that will be tragically associated with horrific gun violence. Uvalde. Buffalo. Oxford. And those are only the most recent mass shooting locations to gain—at least temporarily—national news media attention.

One of the most striking aspects of the Highland Park shooting was how quickly and thoroughly it wiped away news media attention to the shooting of six police officers in Allen, Kentucky, an event that occurred just a few days earlier. What does this mean? Too many mass shootings for us to analyze and remember as each new event diverts attention from the previous one? A society in which such horrific events are “normal,” thus making us accustomed to and less affected by each one? The Gun Violence Archive reports that there have been 320 mass shootings in the United States in 2022, including 11 on the Fourth of July alone. It is little wonder that our minds cannot focus on individual events—too many, too traumatic, too inevitable that tomorrow will bring even more. And that does not even include each day’s tally of individual shootings, firearms accidents, and suicides.

Another notable aspect of the Highland Park shooting was the ages of the deceased victims. Among the seven deaths reported thus far, two were in their 60s, one in his 70s, and one in his 80s. In academic literature on crime victimization, there is usually attention to “life-style exposure models” and the increased victimization of people who place themselves in higher risk settings, such as bars and parties late at night. The deaths of senior citizens at a Fourth of July parade, much like the recent deaths of seniors shopping at the grocery store in Buffalo, remind us that “safe” activities can still place us involuntarily at risk. The risk may be small, but there is risk nonetheless. No one is immune or invulnerable, even among those who wholeheartedly agree with Supreme Court Justice Samuel Alito’s argument that carrying firearms in public provides a measure of protection for armed people. A firearm may help a person with self-defense in particular circumstances. But in other situations, the firearm is either utterly worthless or creates grave risks for bystanders.

The lesson from Highland Park is the same lesson delivered to us by each incident, like a line of music lyrics repeated over and over: guns are too easily available, including weapons of war that can do unimaginable harm in a matter of seconds. Once again we must ask: Why should civilians be able to purchase weapons of war? They are not for hunting or for personal self-defense. They are offensive killing machines designed to extinguish many human lives as quickly as possible.

Once again we must ask: Do we have proper controls in place to keep firearms out of the hands of people at risk of doing harm to themselves and others? We need to have universal background checks based on record-keeping systems that will alert us to unacceptable risks posed by specific individuals. Should we consider including more data on individuals’ contacts with police, reports of threats from family members, and specific mental health interventions? Should we consider how to design extreme risk protection order (“red flag”) laws so that law enforcement and court officials can consider past behavior involving other weapons, such as the knives previously seized from the alleged Highland Park shooter’s home, as well as online expressions of violent intentions or mass shooting fantasies? There is slow progress on having any extreme risk protection order laws in the three dozen states, including Michigan, that lack such options. The Highland Park shooting reminds us that we need to accelerate attention to the design and implementation of such laws. It is not enough to merely have “a law” on the books.

An additional lesson from the Highland Park shooting is one that receives too little attention from the news media and the public. More than three dozen people were shot at the Highland Park parade. Most survived, but we pay too little attention to what the future holds for them. A recent study compared consequences for shooting survivors with the lives of similar individuals who were not gun violence victims.  Not surprisingly, gunfire victims bear substantial costs, as does society when medical and other costs are spread to taxpayers and insurance policy customers. For example, in the year after a nonfatal gunshot injury, “direct spending on survivors increased $2,495 a month compared with demographically and clinically matched controls. Survivors also experienced a 40 percent increase in pain diagnoses, a 51 percent increase in psychiatric disorders, and an 85 percent increase in substance use disorders compared to uninjured peers. At the same time, their family members suffered a 12 percent increase in psychiatric disorders compared to matched controls” (Shaw, 2022).

Individual shooting events may not remain in the forefront of our minds, but we must be aware that the lingering wounds, both physical and psychological, do not disappear. Our society pays a steep price for failing to treat the issue of gun violence as a top policy priority. That price includes steep financial costs. Yet, gun violence also takes a toll on our sense of security, our daily confrontations with risk and fear, and our knowledge that the next horrific mass shooting is not merely right around the corner—it will happen somewhere in the United States today, tomorrow, and the next day. What more reason do we need to push our legislators to act—and to prioritize the issue of gun violence when we cast our votes in the 2022 elections?