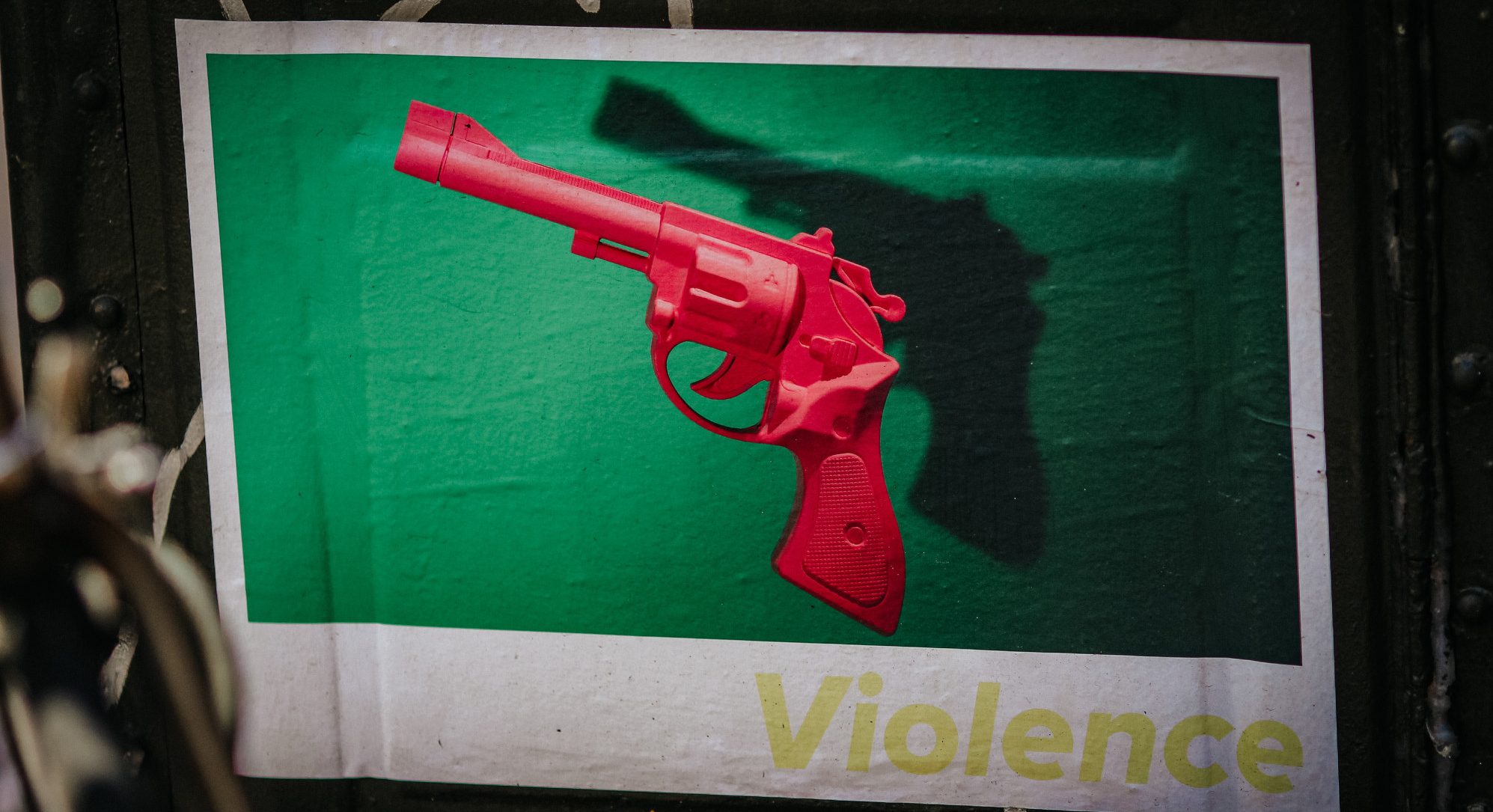 The recent mass shooting at the mall in Greenwood, Indiana, understandably generated significant news media attention to the shopper who used his concealed weapon to kill the shooter and thereby limit the number of shooting victims. Inevitably, there will be arguments that echo the (in)famous statement by the head of the National Rifle Association who said, “The only way to stop a bad guy with a gun is a good guy with a gun” (Mansoor, 2022).

From a policy-making perspective, we must always be wary of policy-making-by-anecdote. The Greenwood example is an anecdote. One example. One instance that illustrates what can happen in a given situation. However, a single example does not tell us anything about the frequency or probability of a certain outcome. It also does not tell us about the risks and consequential harms that may flow from the policy-approach illustrated by the anecdote.

Anecdotes are useful. They provide a source of information. With respect to reliance on an armed citizenry to reduce the harm of gun violence, we have other anecdotes that should cause us to pause and consider the risks. As we read about the Greenwood shooting this week, news reports also reminded us about a case in Texas in which a couple was robbed while at a drive-thru ATM. As the armed robber fled the scene, the driver pulled out his gun and shot at the robber.  He did not hit the robber. Instead, one of his bullets struck a nine-year-old girl in the head as her family happened to drive past the scene. This week’s news reported that a Texas grand jury had declined to bring any charges against the “hero” with the gun (Riess, 2022). When people attempt to be heroic with their guns, there are risks to bystanders, especially because people are not required to have training on how to respond to perceived criminal events in order to carry a firearm in public. In reality, people may have very poor judgment as well as poor shooting skills when they attempt to act in the place of trained law enforcement officers.  Not so many years ago, a Michigan woman fired shots in a Home Depot parking lot at suspected shoplifters who did not pose a risk of violence to anyone. Fortunately, her bullets did not hit anyone (Hauser, 2015).

Anecdotes illustrate other risks. When a police officer in Colorado was ambushed and killed by a gunman, a passerby carrying a firearm killed the gunman. Unfortunately, when police arrived at the scene, they shot and killed the “hero” because that’s who they saw holding a gun at the scene of the crime (Shepherd, 2021). Untrained civilians can make similar errors when assessing a chaotic scene moments after a criminal event. When Congresswoman Gabby Giffords was shot in Tucson, an armed civilian came within seconds of shooting the heroes who had disarmed her attacker. The armed civilian could not even explain why he paused for a second before shooting the man he saw holding a gun—a man who had courageously helped disarm the attacker—but that pause prevented him from mistakenly killing an innocent person (Saletan, 2011). Some gun-carrying civilians are aware of these risks and thus are reluctant to intervene, as in the case of an armed-military veteran student nearby a mass shooting at an Oregon community college (Steward, 2015).

“Heroes” with guns can also provoke conflicts, leading to deaths and injuries that otherwise would not have occurred. For example, teenager Kyle Rittenhouse illegally took a military-style rifle to Kenosha, Wisconsin, with an apparent fantasy of “heroically” stopping Black Lives Matter protesters from causing property damage. Had he not carried the gun to the protest, he would not have provoked confrontations that led him to kill two people who did not have firearms (Williams, 2021). Armed men in Georgia chased jogger Ahmaud Arbery based on the erroneous assumption that he was involved in burglaries. When the unarmed Arbery was trapped by his pursuers, he attempted to defend himself by disarming one of the men. He was shot to death in a tragic outcome that would otherwise have been different if the men seeking to question him had not been armed (Fausset, 2022). Gun-carrying behavior is sometimes encouraged based on an assumption that it will reduce gun violence. Yet, it is certain that this behavior will, in fact, cause some number of tragedies.

Gun-carrying behavior also leads to accidental shootings. For example, in Michigan, an off-duty police officer accidentally discharged his firearm at a high school sporting event. Fortunately, the bullet went into the gym floor and did not strike any students or spectators (Patterson, 2018). Within weeks of Idaho approving the carrying of concealed firearms on college campuses, an Idaho State University professor accidentally shot himself in the foot while teaching a class (Schwarz, 2014). In these contexts, a different flight path of accidentally-fired bullets could have caused heartbreaking tragedies.

How does one add up these anecdotes that illustrate varied outcomes from citizen-carried firearms? Again, anecdotes cannot tell us anything about the frequency or probability of a particular outcome. Each anecdote merely illustrates one possible outcome. More light can be shed on the role of armed civilian “heroes” by looking more comprehensively at active shooting events. A recent review of 433 such events from 2000 to 2021 provides more perspective.

The study, using data from the Advanced Law Enforcement Rapid Response Training Center at Texas State University, defined “active shooting events” as events in which one or more shooters killed or attempted to kill multiple unrelated people in a populated place (Buchanan and Leatherby, 2022). Out of the 433 active shooting events, only 12 were ended by an armed civilian (who was not a security guard or off-duty police officer) shooting the attacker. In twice as many cases, attackers were physically subdued by civilian bystanders who did not shoot the perpetrator. It was far more common for the attacker to flee the scene (113), be shot by police (98), be otherwise subdued by police (33), or to commit suicide (110).

Do these numbers tell us anything about what our policies should be? They certainly do not prove the benefits to considering armed civilian “heroes” as primary assets, especially in light of the risks posed by armed civilians who seek to be “heroes.” Instead, these numbers ought to steer our attention to the question: What are the central problems that we can attempt to reduce through our policy choices? Certainly, we might pursue inquiries about the potential benefits of expanded access to mental health services and extreme risk protection order laws if we look closely at these (and other) incidents and the specific people who cause active shooting events. We can also invest in community programs, including violence intervention programs as well as those that help to build cohesive neighborhoods. But we can also look at reducing the potential harms through recognizing a continuing obvious problem: firearms with extraordinary lethality are too easily available to the public.

Specific anecdotes stick in my mind that illustrate the foregoing point. In the August 2019 mass shooting in an entertainment district in Dayton, Ohio, the gunman shot 26 people in a mere 32 seconds before he was shot by a police officer (Buchanan and Leatherby, 2022). We should ask ourselves: how can we prevent civilians from obtaining such deadly weapons designed for war?

At the Waffle House shooting near Nashville in which four people were killed, a restaurant customer was able to end the incident by tackling and disarming the attacker as he stopped to reload his gun (Loller, 2022). We should ask ourselves: how might we limit the ammunition capacity of firearms in order to force those intent on causing harm to stop and reload frequently?  (Thus, creating opportunities for people to subdue them).

As it happens, just this week, the U.S. House Judiciary Committee approved proposed federal laws to ban many military-style weapons and place restrictions on the capacity of ammunition magazines. The House Judiciary Committee also approved a proposal to repeal the law that currently protects gun manufacturers and sellers from lawsuits for harms caused by the weapons that they put into civilians’ hands (Kutsch, 2022). Under the current composition of Congress, there is little likelihood that these proposed bills can make it through both the House and Senate. Yet, the action of the Judiciary Committee demonstrates that there are leaders currently working on policies that do not accept the status quo.

In this election year, voters bear the responsibility for encouraging and rewarding legislative candidates who pursue the policies that the voters prefer. Legislative action on sensible gun laws is possible at the state and federal levels. Proposals aimed at reducing the risk and harm of gun violence are regularly introduced in the Michigan legislature and Congress. At present, these proposals face a blockade in each legislative body. Yet, as the House Judiciary Committee’s actions illustrate, voters can take action if they are tired of saying, “why isn’t anything being done about gun violence?” Voters can examine candidates closely and choose between candidates by prioritizing the advancement of sensible gun laws. If voters do not prioritize the reduction of gun violence, we may be stuck with the status quo—and reliance on risky misguided policies, such as the hero with the gun—as the illusory means to reduce harm.

Katie Shepherd, “A ‘Hero’ Bystander Took Down a Gunman Who Killed a Cop.  Then an Officer Shot Him by Mistake, Police Say,” Washington Post, June 28, 2021 (washingtonpost.com)